Baltit Fort is an ancient fort in the  Hunza valley  in  Gilgit-Baltistan ,  Pakistan . Founded in the 1st CE, it has been on the UNESCO World Heritage Tentative list since 2004.[1] Baltit Fort – UNESCO [2] baltitfort – org In the past, the survival of the feudal regime of Hunza was ensured by the impressive fort, which overlooks Karimabad. The foundations of the fort date back to 700 years ago, with rebuilds and alterations over the centuries. In the 16th century the local prince married a princess from Baltistan who brought master Balti craftsmen to renovate the building as part of her dowry.The Mirs of Hunza abandoned the fort in 1945, and moved to a new palace down the hill. The fort started to decay which caused concern that it might possibly fall into ruin. Following a survey by the Royal Geographical Society of London a restoration programme was initiated and supported by the Aga Khan Trust for Culture Historic Cities Support Programme. The programme was completed in 1996 and the fort is now a museum run by the Baltit Heritage Trust. 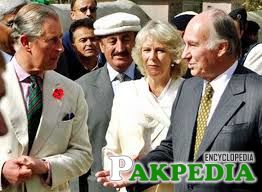 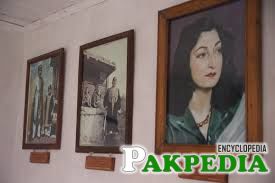 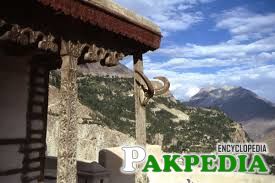 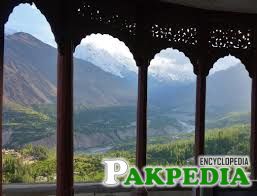 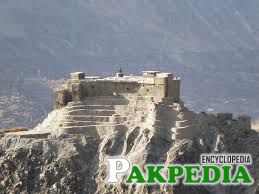 During the 14th & 15th Centuries Northern Pakistan consisted of a number of small independent states. Among them were Hunza and Nager two traditional rival states, situated on opposite sides of the Hunza River. The rulers of these two states, known as the Thámo or Mir built various strongholds to express their power. The Hunza rulers initially resided in the Altit Fort , however later as a result of a conflict between the two sons of the Mir of Hunza, Shah Abbas and Ali Khan, they shifted to Baltit Fort, making it the capital of the seat of Hunza. The power struggle between the two brothers eventually resulted in the death of the younger one, enabling Baltit Fort to further establish itself as the prime seat of power in the Hunza state. The rich beauty of Baltit Fort can be traced to over seven hundred 700 years ago. Ayasho II, Tham / Mir of Hunza in the early 15th Century married Princess Shah Khatoon from Baltistan. As part of her dowry she brought with her architects and tradesman from Kashmir and Tibet. At the time Baltistan (previously known as ‘Little Tibet’) had very strong cultural and ethnical relations with Ladakh in Northern India.  [3] History History

The structure of Baltit Fort was  influenced by the Ladakhi/Tibetan architecture, resembling elements of the Potala Palace in Lhasa, Tibet. From this point on additions, renovations and changes to the building were continually made through the centuries by the long line of rulers of Hunza that followed. A veritable treasure house for ancient forts, the North of Pakistan lost most of its glorious built heritage around the 19th century as a result of the destructive attacks by the Maharaja of Kashmir. However, in this regard people of Hunza were exceptionally fortunate to successfully defend against the invasions of Maharaja Kashmir four times. One of the biggest changes in the structure of Baltit Fort came with the invasion of the British in December 1891. Tham / Mir Safdarali Khan, ruler of Hunza and his wazir Dadu (Thara Baig III), fled to Kashgar in China for political asylum with their fellows and families. With the conquest of Hunza and Nager states by the British Forces in December 1891, the fortified wall and watch towers of the old Baltit village and watch towers of the Baltit Fort on its north-western end were demolished by the British authorities. 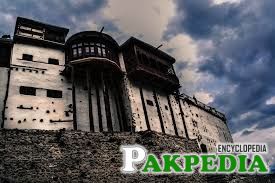 The British installed Mir Safdarali Khan’s younger brother Tham / Mir Sir Muhammad Nazim Khan K.C.I.E, as the ruler of Hunza state in September 1892. During his reign, Tham / Mir Sir Muhammad Nazim Khan made several major alterations to Baltit Fort. He demolished a number of rooms on the third floor and added a few rooms in the British colonial style on the front elevation, using lime wash and stained glass panel windows. Baltit Fort remained officially inhabited until 1945, when the last ruler of Hunza, Mir Muhammad Jmamal Khan, moved to a new palace further down the hill in Karimabad, where the present Mir of Hunza Mir Ghazanfar Ali Khan and his family reside. With no proper authority entrusted to care for Baltit Fort, it was exposed to the ravages of time and over the years its structure weakened and began to deteriorate. His Highness Aga Khan IV initiated the restoration efforts for Baltit Fort in 1990, when Mir Ghazanfar Ali Khan the son of last ruler of Hunza, Tham / Mir Muhammad Jamal Khan and his family generously donated the Fort to the Baltit Heritage Trust, a public charity formed for the explicit purpose of owning and maintaining the Fort. The restoration undertaken by the Aga Khan Trust for Culture in Geneva in association with the Aga Khan Cultural Service Pakistan, took six years to complete.

In the past the rulers of former Hunza state used to serve dinners and music for their guests and courtiers at the Baltit Fort. Keeping this tradition in mind, we also offer a dinner with light music on pre arrangement for a group of minimum eight guests. All of the traditional dishes are prepared of local organic products well known as “Hunza Healthy Food”, like dried apricots, apricot and almond oils.   [4] Dinner at Baltit fort 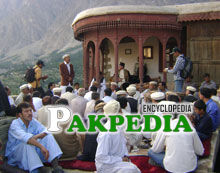 Soon after the completion of the restoration of Baltit Fort, celebration of traditional festivals has been initiated. In this regard we celebrate the old harvest festival of Hunza called “Ginani” between June 21st to July 7th every year at the Baltit Fort. Mir Ghazanfar Ali Khan, other members of the royal family of Hunza and nobles of this state, grace these ceremonies. And a large number of public, distinguished guests from all over the world are participating to enjoy the local music and food served at the Fort. This event is usually sponsored by Baltit Heritage Trust, Aga Khan Cultural Services-Pakistan and Department of Tourism and Sports (Northern Areas) Government of Pakistan.

The region of Gilgit-Baltistan is not only blessed with natural scenery but some man made wonder also add up to the glory of this part of Pakistan.Our team recently visited the Baltit Fort and we have compiled a list of 10 facts that might not know about the historic monument.[6] Facts You Might Not Know About the – Baltit Fort

Located beside the magnificent Baltit Fort, The Baltit Fort Cafe offers guests light lunches, snacks and a range of refreshments. Either before or after your visit to the Fort there is no better place to sit, relax and soak up the awe inspiring mountainscapes and the local history & culture. Baltit Fort Cafe is open from 9.30am to 5.30pm, 7 days a week. To book a table in advance call +92 (0) 581 345 7012.  [7] Baltit fort cafe