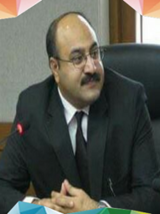 Badshah Munir Bukhari is a Pakistani born linguist. Born in beautiful valley of Chitral , Badshah Bukhari is making Pakistan proud by his work in field of linguistics. He is a lecturer in linguistics and a member of the Department of Urdu, University of Peshawar. Dr Badshah Munir Bukhari achieved his Phd degree in Urdu literature and linguistics from Peshawar university. Earning a PhD degree in the youngest age is another distinction of him. He has attained 24 professional trainings so far for six he went abroad.

The list of Dr Badshah bukhari is very long. He is a man with exceptional qualities. At a very young age he achieved such milestones and honors for himself and for Pakistan off course that usually are assumed to be achieved only when u have 15-20 years of experience. The list includes: [1] Achievements Dr Badshah Munir Bukhari is or only famous on national level, His tremendous work for linguistics was also recognized internationally. [2] international

He has worked on various administrative posts in the University of Peshawar. He has been discharging an additional duty of the Director Planning and Development for four years. He prepared ‘Distance Education Plan’ that was launched by the Higher Education Commission in the biggest universities of Pakistan. Institute of Peace and Conflict Studies and Centre for Social Invention are also his plans that have now been made functional in the University.  He has also conducted Linguistic Survey of Northern Pakistan, Afghanistan and Citizen Satisfaction Survey that are the greatest surveys of their nature in Pakistan.

He is a translator of Urdu, Pashto , Khowar and Dari . He published on the following languages of North Pakistan and Afghanistan: [3] publications

He has also penned down following books as a part of his service to linguistics:[4] Books

He is a poet in the Urdu language . He contributed to a five-volume account of the roots of the language currently used in Pakistan. His contribution focuses on the similarities between Urdu and Khowar. On March 12,2017 The KP government has finalized the name of Prof Dr Badshah Munir Bukhari as the project director (PD) of the new Chitral University. A notification in this regard was issued in this regard. It may be noted that in the fiscal year 2016-17, the provincial government had planned to set up a new university in Chitral. Since then, work on the university has been progressing in phases with the latest one being the hiring of the PD. Before this, a summary containing the names of Dr Ismail Wali from Chitral, Prof Mumtaz Hussain from Swat and another professor had been sent to Chief Minister Pervez Khattak. However, the chief minister rejected the summary and sought another list of names. Later, the name of Dr Jamil Chitrali was sent to the chief minister which was also not approved. Finally, the name of Prof Bukhari was presented to the CM which he approved as the PD. It may be noted that Dr Bukhari has worked on different key posts at the Peshawar University.–Karimullah. [5] Chitral