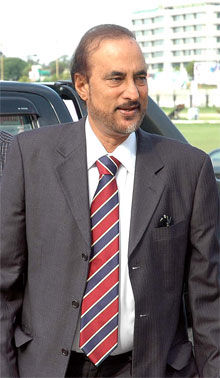 Zaheer-ud-din Babar AwanÂ is a Pakistani statesman, lawyer, author, analyst, columnist, and leftist writer. He is currently serving as junior Pakistan Senator from Punjab Province, to which he was elected in 2012.[1] Dr. Babar Awan - Pakistan Herald He regularly writes and publishes on left-wing philosophy, and served as Minister of Law and Justice in the cabinet of former Prime Minister Yousaf Raza Gillani. Due to a cabinet reshuffle, he lost his ministerial appointment in favor of Farooq Naik in 2011. He extensively writes political columns in a leading Urdu newspaper, the Daily Jang, in support of social democracy and social justice. 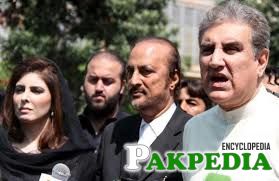 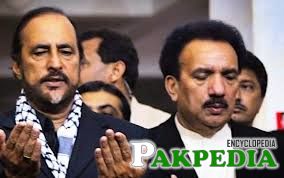 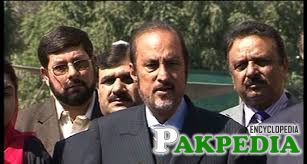 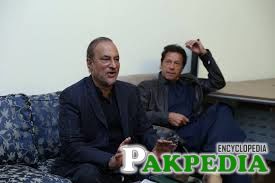 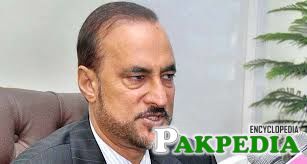 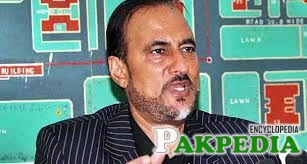 Babar Awan was born in a village located in secretive Kahuta, Pindi district, to a middle-class family on January 27, 1958. His family were landowners.Awan did his matriculation in 1971, and attended the Punjab University to study humanities. In 1975, Awan graduated with a B.A. in Humanities, and later obtained Master of Science in Economics from the Punjab University in 1978.In 1980, Awan moved to Karachi and attended the Karachi University to study law where he obtained LLB in civil law in 1986. He began practicing law at the Sindh High Court, initially taking criminal cases.Awan now lives in Islamabad.His brother, Ghulam Farooq Awan served as the advisor to Prime Minister of Pakistan Yousaf Raza Gillani for Law, Justice and Parliamentary Affairs. He also served as the additional Attorney General of Pakistan.[2] Eik Din Babar Awan - kay Sath, 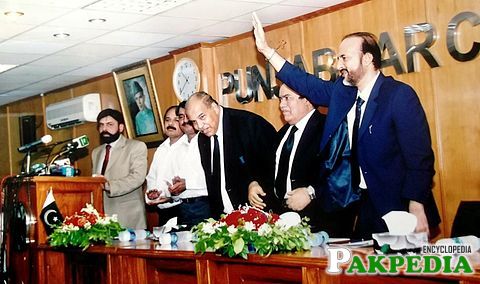 Babar Awan interest in politics grew in the 1980s while studying law at the Karachi University, and was an activist of the Peoples Students Federationâ€” a youth wing of the Pakistan Peoples Party (PPP). In 1996, he became member of the PPP and unsuccessfully contested for a provisional Murree seat for Khyber-Pakhtunkhwa Assembly on PPP platform during the general elections held in 1997.In 2002, Awan unsuccessfully contested for the Islamabad constituency in the general elections, but conceded his defeat. In 2004, Benazir Bhutto appointed Awan as the finance secretary of the Pakistan People's Party.In 2006, Awan successfully contested for the indirect elections for Senate, and was elected unopposed. Awan was present alongside prominent party leaders such as Ameen Faheem when the announcement of Benazir Bhutto's return to Pakistan was made. Awan was present during the 19 October attack on Benazir Bhutto in Karachi, and then when Benazir Bhutto was killed in Rawalpindi. Awan was the first one to announce Bhutto's death to the Pakistani public, outside Rawalpindi General Hospital which is now known as Benazir Bhutto Hospital. Awan told the party workers outside the hospital, "I have just talked to Dr. Mussadiq, he has confirmed to me that Mohtarma (Benazir Bhutto) has been martyred.[3] Babar Awan Â - announcing death, 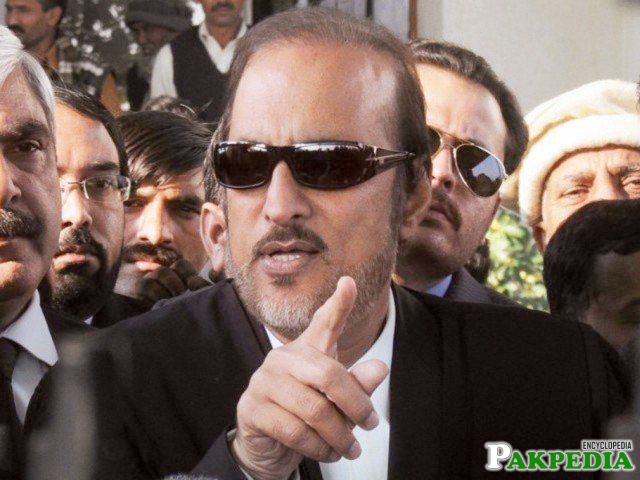 Former PPP leader Senator Babar Awan on Friday formally announced that he is joining the Pakistan Tehreek-i-Insaf ( PTI)."I part ways with the PPP after a long-standing membership of 21 years," Awan said during an iftar party held at his residence where PTI leadership were the main guests, according to DawnNews."I left my ministry in pursuit of justice. Even leaving the Senate to join PTI was a challenge," said the former federal law minister, who submitted his resignation to Senate Chairman Raza Rabbani on Thursday."If my agenda held firm then I would have remained in the Senate till 2018," Awan noted."It is now time for Pakistanis to gather together and seek justice and demand their rights," he added. "Change won't come sitting at home.""People told me Imran Khan is an honest man with integrity. Pakistanis need to help PTI win the required two-thirds majority in the parliament." Awan asserted.The next prime minister will be none other than Imran Khan."PTI Chairman Imran Khan welcomed Awan to the party and took note of how the political climate is changing across the country. "The status quo is withering away," he said at the iftar dinner."Countries which have progressed have done so because their leaders strengthened their institutions," the PTI chief said. "Our institutions were destroyed to facilitate corruption and money laundering," he claimed.Highlighting the Panama Papers case proceedings, Khan claimed, "The most important case in the country's history is currently in the Supreme Court, and the court has declared all institutions as obsolete." Lauding Awan's decision to swap allegiances, the cricketer-turned-politician said, "Standing up to a mafia is no easy task. Time will tell that Babar Awan made the right decision."Responding to a question regarding Khan's earlier decision to invite Awami Muslim League Chief Shaikh Rashid to join the PTI Khan said, "I leave it up to Shaikh Rashid to decide whether he wants to join Tehreek-i-Insaaf."[4] Responding Â question - regarding Khan

Minister of Law and Justice 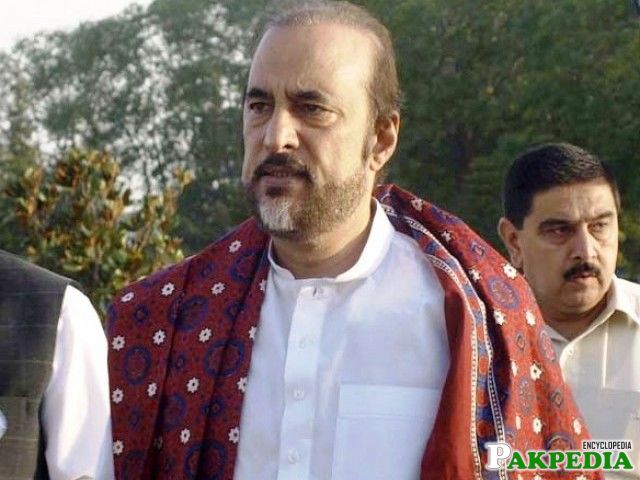 After successfully contesting in general elections held in 2008, Awan was appointed as the Minister for Parliamentary Affairs as well as the Law Minister in November 2008.Â Over many legal issues, Awan resigned from the Justice Ministry in 2011, but was brought back less than 48 hours later. During this time, Awan was considered the right-hand man of then-President Zardari. He was also given the Ministry of Information Technology. In 2011, he resigned as minister to plead in the Zulfiqar Ali Bhutto murder case. On 2 May 2012, Awan was stripped of all his party posts by the Central Executive Committee of the PPP.After Awan's sacking, it was expected that he would join another party although he still remains a member of the PPP, to this day. In early 2013, Awan met Chairman Pakistan Tehreek-e-Insaf Imran Khan. Rumours spread that Awan would soon join the PTI. On 21 June 2017 Awan announced that he will join PTI and with immediate effect step down from his seat in Senate.[5] Press Information Â - Â  of Government 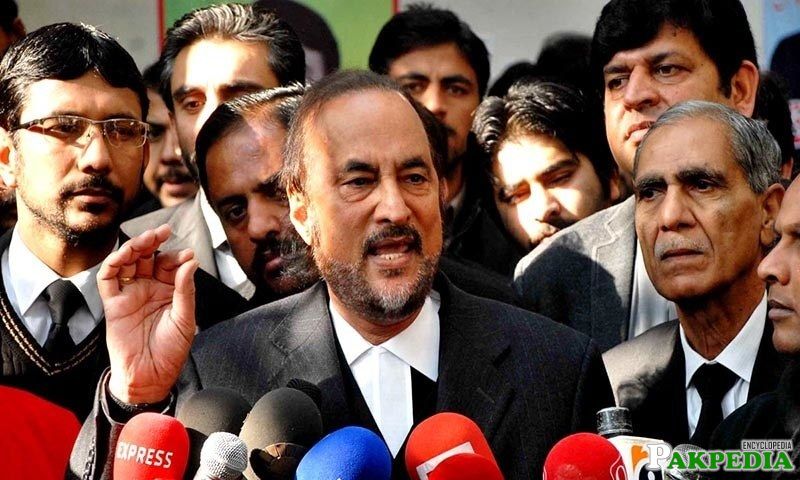 He is doing television programs from last many years, early he was doing an Islamic show on ATV and now he is doing show "Ikhtilafi Note" on leading Pakistani News channel Neo TV. The show is hosted by Farwat Malik and Babar Awan participate in the show as Analyst. 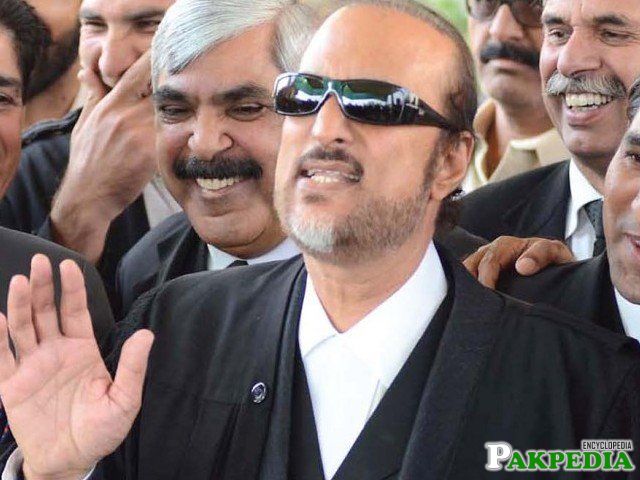 The PPP has used Awan for dialogue with other political parties. Awan is highly supported in his Awan tribe. His political base lies in his hometown. Awan's elder brother was also a worker of the Pakistan People's Party. Another one of his brothers works for the Muttahida Qaumi Movement in Punjab. In 2011, Awan held negotiations on behalf of the Pakistan Peoples Party with the Pakistan Muslim League. This led to an alliance between the PPP and the PML, which further strengthened the PPP government and gave them a majority in Parliament. Awan often negotiations on the behalf of the PPP with Chaudhry Pervaiz Elahi, who is the Punjab President of PML-Q. Awan was also used for dialogue with PPP's coalition partner, MQM. Ishrat-ul-Ibad Khan, the 30th governor of Sindh visited Awan at his residence and agreed that a working relationship should be established between the PPP and MQM. His nephew, Shakeel Awan is a member of the PML-N and is also a former member of the Pakistan National Assembly. He had defeated Shaikh Rasheed Ahmad in his constituency.[6] Governor Sindh & Babar Awan meet,

In June 2012, Awan claimed that he was receiving life threats and that his family was also being threatened. He asked the concerned authorities to provide him with security. In early 2013, Awan began tweeting regularly. He uses his Twitter account to make political statements and to maintain contact with his supporters. By July 2013, Awan had 34,000 followers on Twitter.In 2011, Awan published his first book called the Wakalat Nama 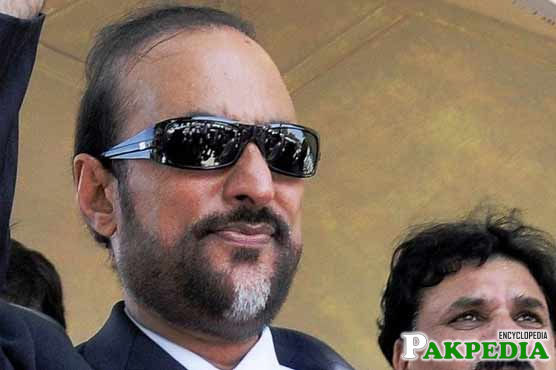 On 28 May 2013, Awan issued a statement saying that it was the right of the new government to complete its stipulated term; however, the opposition should not be of the governmentâ€™s choice. He added that, "the role of the opposition would now be determined in accordance with the Constitution and the rules of business as opposed to via any reconciliatory formula." Â In July 2013, Awan criticized the Pakistan Election Commission for organizing Presidential Elections in a manner that dissatisfied the opposition political parties.He went on to say that, "holding presidential election with the shortage of a large number of 46 law makers would result into constitutional chaos and will be a stigma on the election for the extremely distinguished constitutional office." On 5 July 2012, Awan said, "there is serious power crisis and the newly elected government has to take prompt measures including construction of Kalabagh Dam." He further said before restoration of bilateral ties with India, Islamabad had to raise outstanding Kashmir and water issue.[8] government to complete - stipulated term
Disclaimer: As an encyclopedia, pakpedia.pk's articles contains shared information which has collected from different sources and people. We welcome everyone for corrections and updates, Thank you.