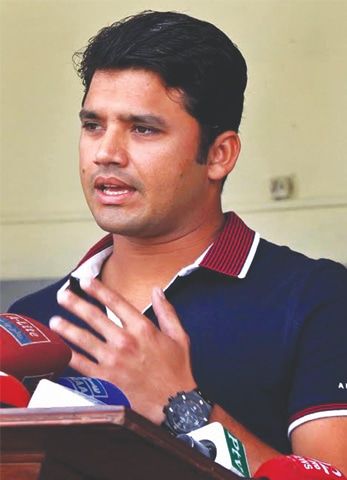 Azhar Ali  is a Pakistani international cricketer and the current captain of Pakistan ODI team and vice captain of the Test side. A right handed batsman and a part time leg spinner, Azhar Ali started his domestic cricket as an opener and was drafted into the Pakistan national side as a number 3 batsman. His solid technique and ever-lasting patience was exactly what Pakistan was searching for and his calmness at the crease perfectly suited the crucial number 3 slot. Having started as an opener in the domestic circuit, Ali grew gradually and proved to be a consistent performer in first class cricket since 2006. With a 40+ average which included 11 hundreds, a national call up was only a matter of time and it came in 2010 when Pakistan wanted to look beyond the experienced duo of Younis Khan and Mohammad Yousuf. 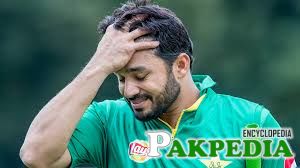 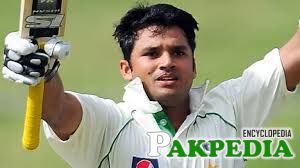 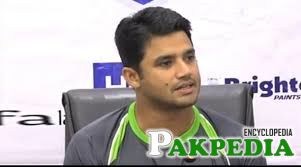 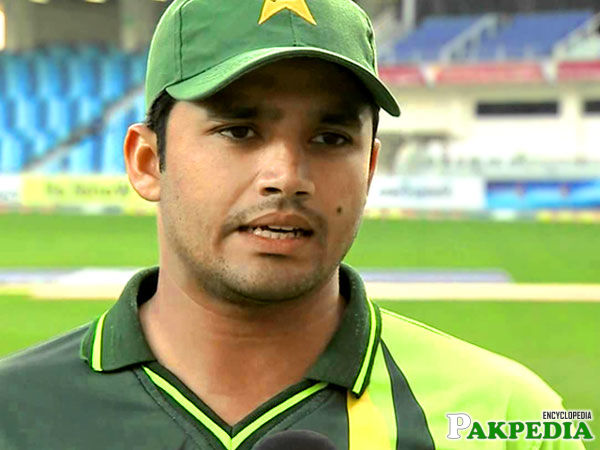 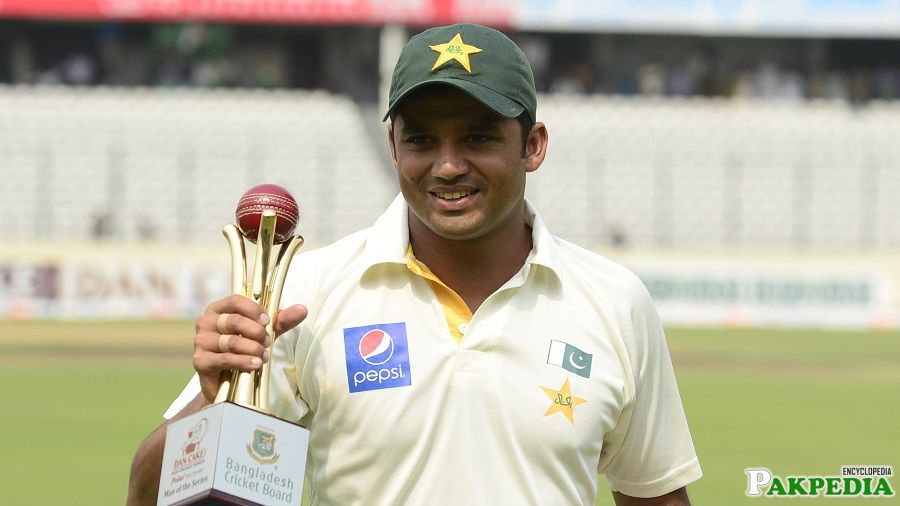 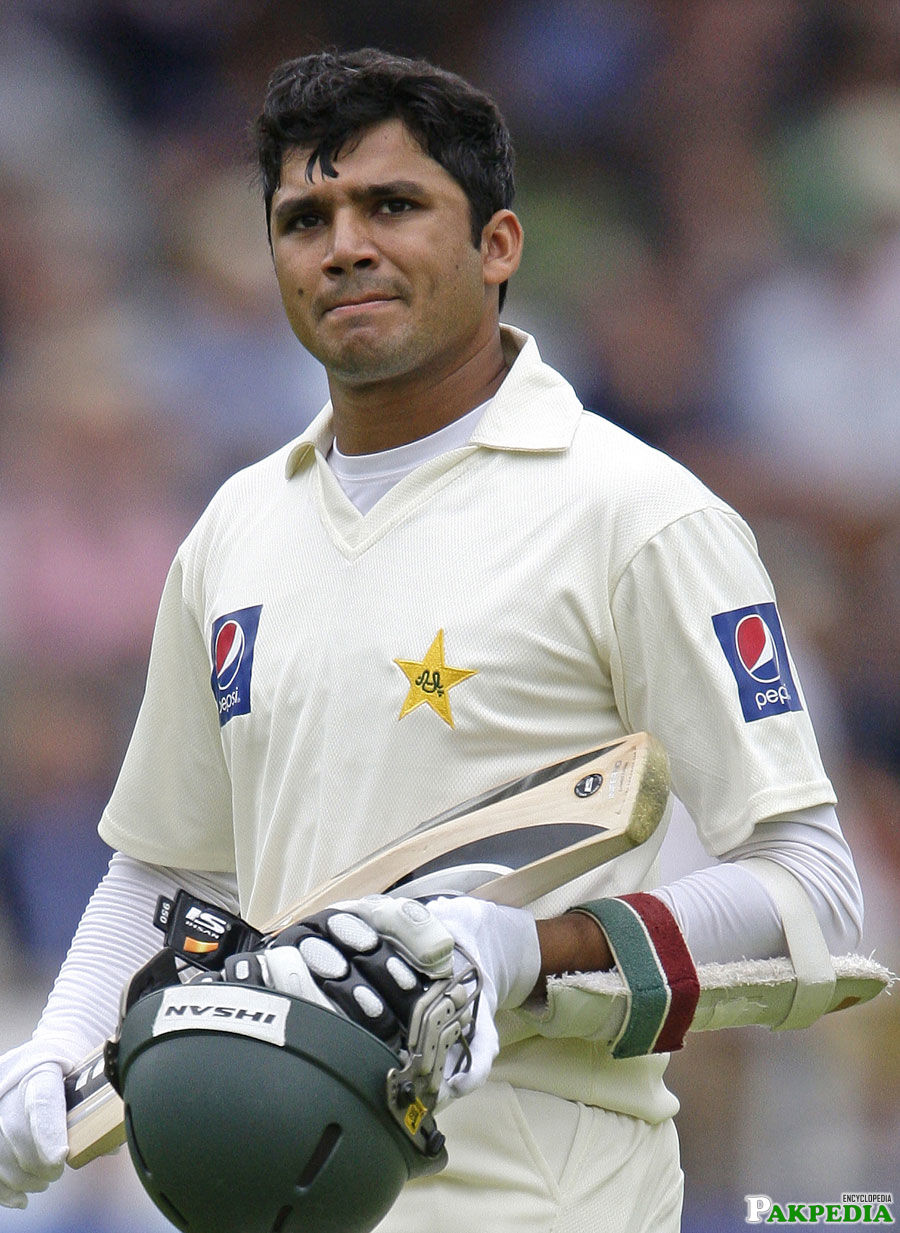 All of his runs have been made with a compact technique, designed to get behind the line of each ball. Observers say he gets into a tangle against the shorter ball often but his patience is key. On an A tour to Australia in 2009, he twice made five-hour 70s against an attack that included Doug Bollinger, Clint McKay and Jason Krejza.That series propelled him into senior team focus and a solid, if not spectacular 2009-10 season, coupled with a move to look beyond Younis Khan and Mohammad Yousuf, brought about a richly-deserved Test debut - in the middle order - at Lord's against Australia.. He played a crucial knock in his very second game where he made a match winning 51 at Leeds as Pakistan successfully chased down a tricky target of 180, with just 3 wickets in hand. With the knock, Azhar retained his place in the squad for the Tests against England the following month.

A right handed opening batsman and a part-time leg spinner by trade. His solid technique and ever-lasting patience was exactly what Pakistan was searching for and his calmness at the crease perfectly suited the crucial number 3 slot. Azhar has worked his way steadily up Pakistan's domestic scene since 2006. That was the season he began opening regularly for Khan Research Laboratories, a move that fetched him two hundreds and two fifties in five matches, and he hasn't looked back. In four seasons since, he's been averaging 40-plus with 11 hundreds, commendable figures in a country where opening is a modern-day curse.[1] Domestic Career- Cricbuzz Azhar Ali was appointed captain Of Lahore Qalandars in the first edition of Pakistan Super League. He played 7 matches and scored 180 runs in the Tournament.

Ali retained his place in the Test squad for the series against South Africa in November. He scored half centuries in both innings of the first Test, and helped Pakistan, chasing an improbable 451, avoid defeat with a crucial fourth-innings partnership with the returning Younus Khan. He top-scored with 90 in the first innings of the second Test, before producing another solid performance alongside captain Misbah-ul-Haq in the second innings, finishing unbeaten after facing 135 deliveries to secure another draw.

Following consistent performances against South Africa backed up with experience against England and Australia the selectors picked Ali for the two-match test series against New Zealand in January 2011, also young Pakistan batsman Asad Shafiq was given a place alongside Ali.In the first innings of the first match Ali only managed 18 and wasn't required to bat in the following innings as Pakistan won by 10-wickets. During the second match of the series Azhar registered his sixth half-century.

Azhar was picked in the both ODI and Test squad for the Sri Lankan tour in 2012. He was impressive in the ODIs by scoring 96 in the 2nd ODI and 81* in the 4th ODI, and became the second Pakistani to carry his bat after Saeed Anwar. He finished the series as the leading run-scorer for Pakistan Azhar Ali made his 4th test hundred and finished on 157 in the 1st innings of the 2nd test at SSC. Azhar continued his good form and made consecutive centuries as he scored 136 in the 2nd innings. His crucial innings enabled him make into the Top-10 of ICC Test Rankings for the first time, as he joined Graeme Smith on 753 points. 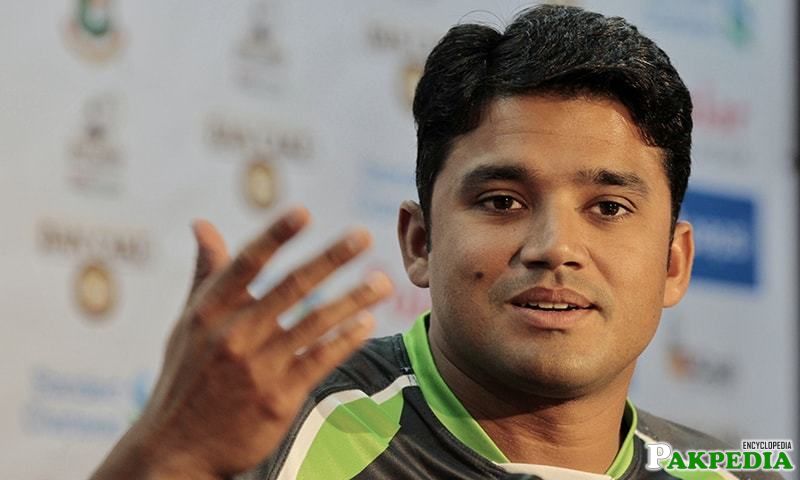 At the end of April, Pakistan ended up on the wrong side of a whitewash in Bangladesh. Under his captaincy, Pakistan played their first ODI series against Bangladesh. The tournament was disappointing as Pakistan lost all three ODIs. Azhar came to the side with good scores of 62 and 101, his maiden ODI century but could not prevent his team from the whitewash. This was Pakistan's first series lost to Bangladesh.[2] "Sarkar ton powers- cricinfo

In August 2016, Pakistan toured England and Ireland for a full tour. Azhar Ali had a modest test tour highlight of which was 139 against England in Birmingham in a losing effort. He scored 30 in the final test at the Oval to finish test series at 2-2. ODI series for Pakistan was abysmal and was one of the worst in history of Pakistan in England. Azhar Ali captained his side in a 4-1 losing effort which included a thumping 169 run loss in which England scored a world record of 444 runs in record breaking score in a One Day International inning. Azhar Ali scored 208 runs in 5 innings including two scores of 80 and 82.Azhar Ali was criticized for his captaincy as well as low personal scoring rate. After the England series there were rumors that Azhar Ali might step down as captain of Pakistan ODI team He quashed all such rumors and vowed to continue as captain of ODI team. PCB and coach Mickey Arthur backed him and he was retained as ODI skipper against west indies in UAE.

West Indies against Pakistan in 2016

After winning the T20 series 3-0 Pakistan won the ODI series as well. Pakistan won the first match by 111 Runs making it the 4th highest winning margin against west indies by Pakistan.[4] cricinfo.com/ci/engine/match/ 1050225.html Babar Azam scored record 3 back to back centuries and Pak won the 2nd match by 59 runs.Azhar scored his 3rd ODI hundred in the 3rd match of the series and became the first Pakistani captain to score 3 centuries as captain.

Ramiz Raja wants Azhar Ali to be dropped from Tests

The Previous captain of Pakistan and well-known analyst Ramiz Raja has requested the group executives to drop veteran right-gave batsman Azhar Ali from the Test group. The 33-year-old is experiencing a repulsive time with the bat in the progressing three-coordinate arrangement against South Africa, where he has scored only 44 runs in five innings with scores of 36, 0, 2, 6 and 0. Raja, who is in South Africa to cover the arrangement as an observer, on his authority Youtube channel, censured Azhar, who as per him isn't suited to represent Pakistan in the longest organization of the diversion. "There is a big question mark over Azhar’s place in the team," said Raja. "Aside from that first inning amid the principal Test where he scored 30 odd runs, he just never looked in charge, to be completely forthright. He can neither play the short ball nor did he look agreeable against the conveyances which are moving."
Disclaimer: As an encyclopedia, pakpedia.pk's articles contains shared information which has collected from different sources and people. We welcome everyone for corrections and updates, Thank you.

Ijaz Ahmed is a retired Pakistani cricketer who pl

Inzamam-ul-Haq regarded as one of the greatest Pak