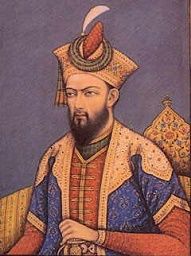 
Abul Muzaffar Mohy-ud-Din Mohammad Aurangzeb came into power when his father Shah Jahan fell ill in 1658. Aurangzeb finally captured the throne when he confined his father in Agra Fort. Shah Jahan died in that house arrest after eight years and Aurangzeb ascended as the sixth Mughal Emperor. His abilities and prowess as a ruler made his age the longest of all Mughal kings’ after Akbar, the Great. Being dauntless and audacious, he was given the title of “Bahadur” (the brave) by his father. Being a Sufi and disciple of Khawaja Mohammad Masoom, he adopted the Naqshbandi-Mujaddidi order. After him, the Mughal Empire gradually slipped away from the hands of the Mughals because the thrown had went into the hands of incompetent rulers. This result in the downfall of the great Mughal empire forever. 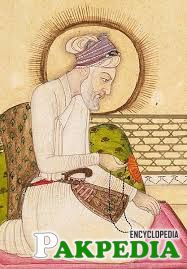 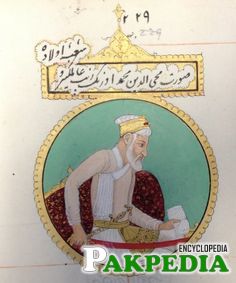 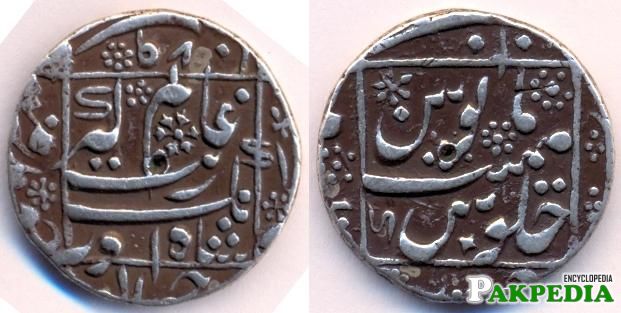 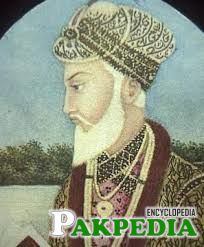 Aurangzeb was the third son of Shahjahan. He was born in 1618. He was a man of a serious disposition with great powers of dissimulation. He was packed with courage, valor, patience and self-confidence.

He was the third son and sixth child of Shah Jahan and Mumtaz Mahal. In June 1626, after an unsuccessful rebellion by his father, Aurangzeb and his brother Dara Shukoh were kept as hostages under their grandparents' (Nur Jahan and Jahangir) Lahore court. On 26 February 1628, Shah Jahan was officially declared the Mughal Emperor, and Aurangzeb returned to live with his parents at Agra Fort. His daily allowance was fixed at Rs. 500, which he spent on religious education and the study of history. Fond of learning, Aurangzeb mastered over Arabic and Persian with the comparable fluency and learnt Quran and Hadith. Mohammad Saleh Kamboh and Mir Mohammad Hashim were his teachers in his early years. He was taught writing in Naskh mold of writing which is used to the holy verses of Quran. His writing masterpieces of Quran are present in Makkah and Medina along with on the shrine of Nizam-ud-Din Aulia. [1] Early life

On 28 May 1633, Aurangzeb escaped death when a powerful war elephant stampeded through the Mughal Imperial encampment. He rode against the elephant and struck its trunk with a lance,and successfully defended himself from being crushed. Aurangzeb's valour was appreciated by his father who conferred him the title of Bahadur (Brave) and had him weighed in gold and presented gifts worth Rs. 200,000. This event was celebrated in Persian and Urdu verses, and Aurangzeb said: "If the (elephant) fight had ended fatally for me, it would not have been a matter of shame. Death drops the curtain even on Emperors; it is no dishonor. The shame lay in what my brothers did!".

In 1635, Jhujhar Singh, a turncoat of Bandelkhand stood against the Emperor which infuriated the later and he ordered to attack Bandelkhand from three sides. Abdullah Khan Bahadur Firoz attacked it from the north with 6000 soldiers, Khan-e-Dauran from the west accompanied by 6000 men, and Syed Khan-e-Jahan from Badayun with 10,500 men. Aurangzeb led the expedition with 10,000 men at the age of 16. The battle was won by Aurangzeb who hoisted his flag on the terrace of Jahangir Mahal on October 4, 1635 and captured Orchha, the capital of Bandelkhand. Devi Singh was appointed the new governor of Bandelkhand and Jhujhar Singh succeeded to escape. Aurangzeb was only 18 then.

In 1636, the Emperor Shahjahan sent him as the viceroy of the Deccan where he stayed till 1644. His letters bear testimony to the fact that during his regime he did his best to settle the newly conquered territory, promote agriculture and improve the revenues of the state. Aurangzeb soon acquired the same position in the reign of his father as the latter had enjoyed in that of his own father Jahangir. He was looked upon as the ablest general in the empire. [2] Expeditions

Dismissal from the Viceroyalty of Deccan

In 1644, Jahan Ara Begum, the daughter of Shah Jahan and sister of Aurangzeb got burnt accidentally while the Emperor was away from the palace. After three weeks, he came back strived for the recovery of the princess Jahan Ara Begum. He took care of her wounded daughter. Aurangzeb suffered his father's displeasure by not returning to Agra immediately but rather three weeks later. Shah Jahan was outraged to see Aurangzeb enter the interior palace compound in military attire and immediately dismissed him from his position of viceroy of the Deccan; Aurangzeb was also no longer allowed to use red tents or to associate himself with the official military standard of the Mughal emperor. Relations between the two deteriorated the following year, and Aurangzeb was banished from court. He bitterly accused the emperor of favoring Dara Shikoh.

In 1646, he appointed Aurangzeb Governor of Gujarat. The following year, the 28-year-old Aurangzeb also took up the governorships of Balkh (Afghanistan) and Badakhshan (Tajikistan) on the empire's vulnerable northern flank. Although Aurangzeb had a lot of success in extending Mughal rule north and westward, in 1652, he failed to take the city of Kandahar (Afghanistan) from the Safavids. His father again recalled him to the capital. Aurangzeb would not languish in Agra for long, though - that same year, he was sent south to govern the Deccan once more. Aurangzeb ot married to five womens. Their names are Dilras Banu Begum, Udaipuri Mahal, Hira Bai Zainabadi Mahal, Aurangabadi Mahal, Nawab Raj Bai Begum. His First wife was Safavid princess Dilras Banu Begum, posthumously known as Rabia Doorani. She was his first wife and chief consort as well as his favourite. They got married in 1637.  He also had an infatuation with Hira bai, who was a slave girl. Hira bai died at a very young age and her death affect Aurangzeb a lot.  In his old age, he was under the charms of his mistress, Udaipuri Bai. She had been a companion to Dara Shikoh. 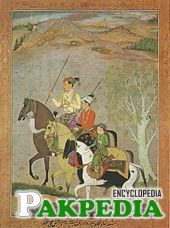 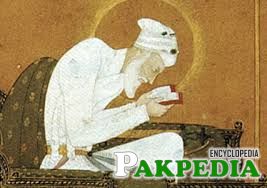 Unlike his ancestors, Emperor Aurangzeb was very conservative and intolerant in the interpretation and practice of Islamic principles. Under Aurangzeb, Mughal court life changed dramatically.

During Aurangzeb's reign many Indians converted to Islam. "Aurangzeb's ultimate aim was conversion of non-Muslims to Islam. Whenever possible the emperor gave out robes of honor, cash gifts, and promotions to converts. It quickly became known that conversion was a sure way to the emperor's favor." (Richards 1996, 177). While some conversions were likely based only on practical considerations, clearly others converted out of sincere belief,at least in part inspired by Aurangzeb. 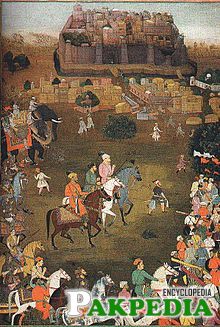 The strict practice of islam and intolerance for non-muslims beliefs lead to the revolt against aurangzeb empire. [5] revolts

Many Hindu subjects rebelled against Aurangzeb's policies. From the beginning of his reign, Aurangzeb permitted and encouraged the defacement and destruction of Hindu temples. Other edicts added to the impact. In 1665, he forbade Hindus to display illuminations at Diwali festivals. Hindu religious fairs were outlawed in 1668. The following year he prohibited construction of Hindu temples as well as the repair of old ones. In 1671, Aurangzeb issued an order that only Muslims could be landlords of crown lands. He called upon provincial viceroys to dismiss all Hindu clerks. In 1674, certain lands held by Hindus in Gujarat were confiscated. The customs duties levied on merchants was doubled for non-Muslims. In 1679, contrary to the advice of many of his court nobles and theologians, Aurangzeb reimposed the Jizyah tax on non-Muslims. In 1668, the Hindu Jats in the Agra district revolted. Though they suffered horrendous loss of life, the revolt continued for years. In 1681, the Jats attacked and desecrated Akbar's tomb in Sikandra. In 1672, the Satnamis, a Hindu sect concentrated in an area near Delhi, staged an armed rebellion, plundering villages and defeating Mughal forces in a press toward Delhi. Aurangzeb sent an army of ten thousand, including his Imperial Guard, and put the rebellion down at great cost of life.

Deccan war and rise of maratha 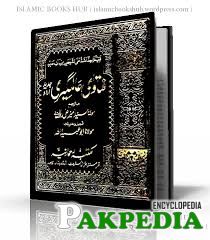 As an aggressive emperor, Aurangzeb fought many wars, the most prominent of them being the Mughal–Maratha Wars which were fought between the Maratha Empire and the Mughal Empire from 1680 to 1707. The war started when Aurangzeb invaded the Maratha enclave in Bijapur established by Shivaji, and continued for the rest of Aurangzeb’s life. These wars played a major role in depleting the resources of the Mughal Empire. [6] maratha

Early in Aurangzeb's reign, various insurgent groups of Sikhs engaged Mughal troops in increasingly bloody battles. In 1670, the ninth Sikh Guru, Guru Tegh Bahadur encamped in Delhi, receiving large numbers of followers. Aurangzeb regarded this popularity as a potential threat, and was determined to subdue it. But Mughal skirmishes with the increasingly militant Sikhs continued. Sikhs recount that in 1675 a group of Kashmiri brahmins, who were of the Hindu faith, were being pressured by Muslim authorities to convert to Islam and approached Guru Tegh Bahadur with their dilemma. To demonstrate a spirit of unity and tolerance, the guru agreed to help the brahmins: He told them to inform Aurangzeb that the brahmins would convert only if Guru Tegh Bahadur himself was converted. His response led to his death. At length Guru Tegh Bahadur was arrested and beheaded, giving his life to protect the brahmins. His execution infuriated the Sikhs. In response, his son and successor, Guru Gobind Singh further militarized his followers. Sikhs engaged in numerous battles against the Mughals, and though often outnumbered, succeeded in gaining more and more territory. 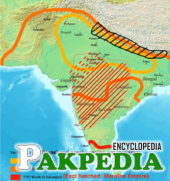 Aurangzeb's influence continues through the centuries, affecting not only India, but Asia and the world. 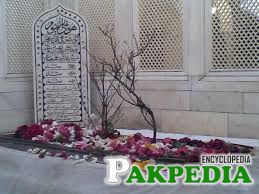 He died in Ahmednagar in 1707 at the age of 90, having outlived many of his children. In conformance with his view of Islamic principles, his body rests in an open-air grave in Kuldabad, near Aurangabad.

After Aurangzeb's death, his son Bahadur Shah I took the throne, and the Mughal Empire, due both to Aurangzeb's overextension and cruelty, and to Bahadur's weak military and leadership qualities, entered a long decline.

One of the most controversial personalities in the

Dina Wadia was the daughter and only child of the