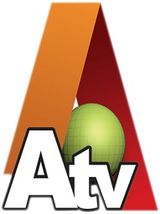 ATV is largest privately operated terrestrial television network in Pakistan with the 2nd largest national viewer ship base. Launched on 24 June 2005. ATV has made a place in the minds and hearts of its viewers in a record time. ATV is watched throughout Pakistan terrestrially (on antenna) and in 86 countries of the world including the Gulf States On Paksat 1 R. ATV today is a symbol of quality television entertainment in Pakistan. With its reach and impact ATV has forward looking vision that draws strength from the rich religious and cultural traditions of the land. ATV’s role during and after the traumatic Earth Quake experience in Pakistan has been widely appreciated at home and abroad. ATV has launched a host of fresh and entertaining programs in its new quarter keeping in view all segments of its diverse viewer ship that range from urban to rural and terrestrial to international. The programs that are scheduled in the new quarter represent women, children, youth and all other age, social and income groups. ATV’s drama, music, fashion, showbiz, current affairs and agriculture programs are designed to cater to the varying entertainment taste buds and information needs of its esteemed viewers. ATV has also launched its daily main News Bulletin at 09:00 PM and 10 minutes news bulletins every hour –on-the-hour. ATV is proud to present the details of its new quarter programs.[1]  Program Types A Morning With Farah is a morning show which is aired on Pakistani channel ATV. This is a very famous and very informative show with Hakeem Rizwan Hafeez Malik. Farah Hussain is a very beautiful and very smart host of this show. This show is also presented by Farah Hussain and directed by Zagham Ul Islam. A Morning With Farah is all about entertainment, in this show the host mostly cover social topics, real stories, celebrities journey and so many different topics.[3] Morning Show with Farah

Lahore is an old city, ancient tradition and primitive philosophy. This 12-door city is a unique fusion of its inimitable character semblance and mannerism. Story of Love, Life Aur Lahore is divided among various characters enclosing many hatreds and love. It’s also a resonance of 62-years old love story of Waris Ali and a hindu girl Gaitri, But these stories cannot encompass hatred and love of all the characters living in downtown Lahore.Mon – Fri : 06:10 PM

An unpredictable tale of two women lost in a world of uncertainties…separated by deceit, treachery and intrigue their all-powerful natural bond defeats all designs to bring them together to take a newer, happier, more joyous start.Mon – Fri : 10:15 PM

It is said that a woman cannot forget her first love, be it her lover or her husband. If a second man enters her life still she is unable to forget the first person. Then how can she forget a person who is also her first love and her husband whom she has lost because of the second man who entered her life as her second husband.Sun : 09:15 PM

It’s a story of “Odd Couple “the husband is “Nerd” and wife is “Bold & Beautiful “. Husband name is Moin and Wife name is Haseena. Moin is always worried about his beautiful wife in his absence because of “Doodh Wala’s, Dhobi, Chowkidar, Cable Wala etc because they are trying to flirt with Haseena in his absence meanwhile daily based situations also create problems in Moin’s life and his life became totally lost and confused . He loves his wife too much don’t want to leave her with anybody alone. Haseena Moin Ki Kahani is a roller coaster humor train you can’t stop laughing there is too much fun for everyone. Witty dialogues, Hilarious Situations makes more interesting.Sat: 19: 03 PM

(The Magnificent Century) is a Turkish historical fiction Story. it is based on the life of Ottoman Sultan Süleyman the Magnificent, the longest-reigning Sultan of the Ottoman Empire, and his wife Hürrem Sultan, a slave girl who became Sultan. Fri – Sun : 8:00 PM

A unique Talk show with a new Dimension in which we will invite guest celebrities, and they will be asked different questions from their professional and personal life in a very different and stupid way to create Humor out of ordinary things. Some situations will be added in the show to enhance the essence of Humor and these situations will be surprising for the guests.Sunday : 7:03 PM

A live show in which you can watch new and latest music videos, interviews from our famous singers also give the platform to underground bands & upcoming singers directly hit to youth for the betterment of musical industry…Mon – Fri : 5:05 PM

Aysem (Zeynep Camci) is a young and beautiful girl who is in her first year at the university, math department. She comes from a small city but starts to live with her uncle in Istanbul after she is accepted to her school. Her father, Nail (Guven Kirac), still lives in that small city and makes a living by cooking meatballs in his small restaurant. On the other hand, Omer (Alper Saldiran) is young and handsome guy who goes to the same university with Aysem. Omer is a second year student at the architecture school. He belongs to a rich family and lives with his parents in a big house in Istanbul.Tue – Wed : 7:03 PM