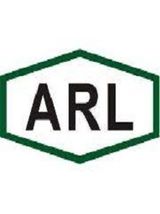 Attock (big place that makes gasoline, etc., from oil) Limited (ARL) was incorporated as a Private Limited Company in November, 1978 to take over the business of the Attock Oil Company Limited (AOC) relating to making better/making more pure of oil extracted from the ground and supplying of high-quality petroleum products. It was (after that) converted into a Public Limited Company in June, 1979 and its shares are quoted on the Pakistan Stock Exchange Limited in Pakistan. The Company is also registered with Central Storage-place Company of Pakistan Limited (CDC). ARL is the pioneer of crude oil refining in the country with its operations dating back to 1922. Backed by a rich experience of more than 90 years of successful operations, ARL’s plants have been gradually upgraded / replaced with state-of-the-art hardware to remain competitive and meet new challenges and requirements.It all began in February 1922, when two small stills of 2,500 barrel per day (bpd) came on stream at Morgah following the first discovery of oil at Khaur where drilling started on January 22, 1915 and at very shallow depth of 223 feet 5,000 barrels of oil flowed. After discovery of oil in Dhulian in 1937, the Refinery was expanded in late thirties and early forties. A 5,500 bpd Lummus Two-Stage-Distillation Unit, a Dubbs Thermal Cracker Lubricating Oil Refinery, Wax Purification facility and the Edeleanu Solvent Extraction unit for smoke-point correction of Kerosene were added. There were subsequent discoveries of oil at Meyal and Toot (1968). Reservoir studies during the period 1970-78 further indicated high potential for crude oil production of around 20,000 bpd. In 1981, the capacity of Refinery was increased by the addition of two distillation units of 20,000 and 5,000 bpd capacity. Due to their vintage, the old units for lube/ wax production, as well as Edeleanu, were closed down in 1986. Another expansion and up gradation project was completed in 1999 with the installation of a Heavy Crude Unit of 10,000 bpd and a Catalytic Reformer of 5,000 bpd. In 2000, a Captive Power Plant with installed capacity of 7.5 Megawatt was commissioned.[2] Capacity of Refinery Viability of further expansion / upgradation of the refinery will depend on sustainable local crude availability, quality of crude, demand supply situation of products and the prevalent product specifications in the country. This project comprises of a cross country product oil pipeline from Machike-Taru Jabba- Peshawar. The Project is on hold due to various issues related to throughput, guarantees and tariff considerations.