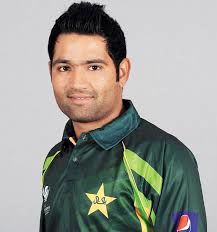 
Asad Shafiq is a promising young cricketer who came into the Pakistan team at a time when the team was undergoing a lean patch. He has shown admirable composure and the potential to be one of the bright stars of Pakistan in the future. A right-hand top order batsman, Asad Shafiq made his international debut in 2010, and he impressed immediately with a half-century in an ODI on the tour to England in 2010 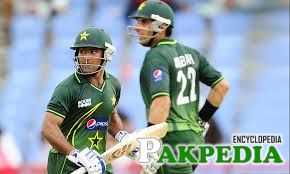 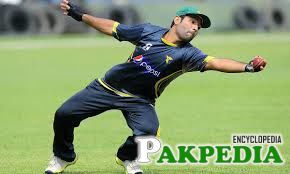 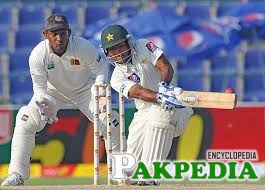 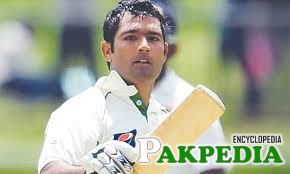 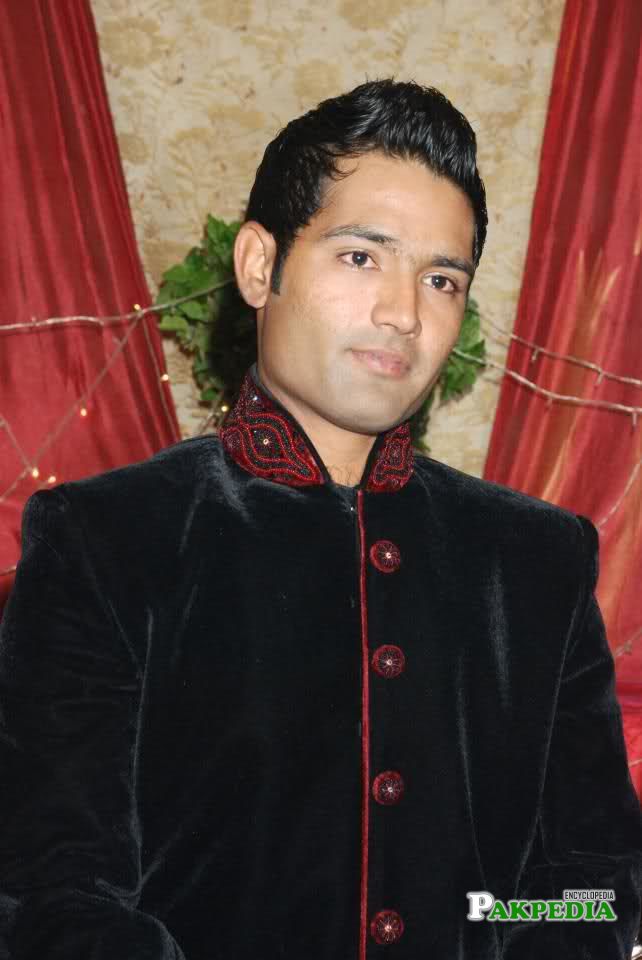 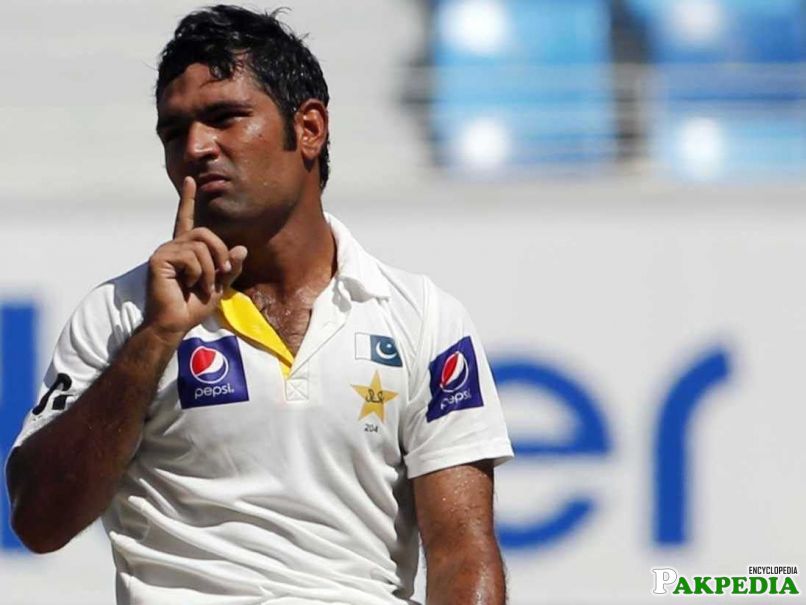 Asad Shafiq ( born 28 January 1986 in Karachi) is a Pakistani international cricketer. A right-hand batsman and an occasional leg-break bowler, he made his One Day International debut against Bangladesh in the Asia Cup on 21 June 2010.[1] Bangladesh v Pakistan- Cricinfo. He has played for Karachi Whites, Karachi Blues, Karachi Dolphins, Karachi Zebras, North West Frontier Province and Sind.He scored an aggressive, unbeaten 78 against Zimbabwe at Pallekele but his best knock was in tough conditions against Australia at Colombo. Chasing 177, Pakistan were left floundering after Brett Lee's early burst. However, Shafiq displayed remarkable composure in his knock of 46 and hung in to guide Pakistan to victory by four wickets. This win ended Australia's record breaking 34 match winning streak in the World Cup. He scored a couple of fifties in the ODI series against the West Indies after the World Cup as well. But his form started dipping soon after and he could manage only three fifties in about 15 games. And come September 2012, he was axed out of the ODI side.Asad Shafiq made his International debut against Bangladesh in the 2010 Asia Cup at the Rangiri Dambulla International Stadium he scored 17 runs from 19 balls and was stumped by Mushfiqur Rahim in what was a dead rubber as neither side could progress to the final. Shafiq was next selected when three Pakistani players were involved in Spot-fixing allegations the three players Mohammad Aamer, Mohammad Asif and test captain Salman Butt Shafiq was selected alongside 7 foot 1 inch emerging fast-bowler Mohammad Irfan. He got his maiden fifty in ODI cricket against England on 12 September 2010.[2] Asad-Irfan-replacements- BBC 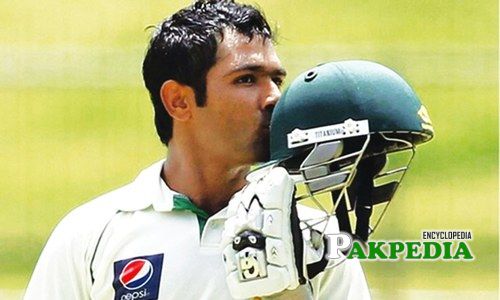 Shafiq is seen more as a Test prospect owing to his solidity with the bat. He made his Test debut against South Africa and started off with fifties in his first two games straightaway. On December 9, 2011, Asad Shafiq scored his maiden Test hundred against Bangladesh and since then has been a regular with the side. The selectors have him a good run since then and he was a regular member of the side that took on Zimbabwe, South Africa and Sri Lanka at home. However, his form dipped and he could manage only one fifty in 8 Test matches. On the back of his good performances during the tour he was selected to play in the five-match ODI series against South Africa and a two-match test series against them as well[3] Asad- selacted - for ODIs He was promoted to opener in the first two ODI's and struggled in the role, therefore he was moved down the order to his preferred number 4 position just below Younus Khan, Shafiq excelled in that position and displayed his talent as a batsman. He was however rested for the final ODI in place of veteran Mohammad Yousuf.Shafiq was not selected for the first test match in the two match test series against South Africa but after a horrible stroke by Umar Akmal he made his debut in the following match scoring 61 in his debut innings but not getting a chance to bat in the second innings as Pakistan already managed to salvage a draw. 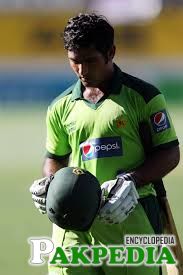 His performances in the shortest format of the game have not been so appealing ever since his debut against New Zealand in 2010. He played 11 games in 2013 and managed to score only one fifty which forced the selectors to drop him from the ODI squad after the South African tour. He was also not preferred for the 2012 and 2014 World T20s in Sri Lanka and Bangladesh respectively. Shafiq was selected for the New Zealand series but didn't play the first Twenty20 International, Pakistan performed poorly and therefore Shafiq was given his Twenty20 debut in the following match in place of left-handed Fawad Alam. He played both tests in the series, which Pakistan won 1-0. During the first match of the series Shafiq scored 83 in the first innings and was not required to bat in the second innings as Pakistan won by 10 wickets.Shafiq was selected for Pakistan's 2011 World Cup squad but did not play in the first four matches, before making his debut against Zimbabawe in the fifth match, inplace of an injured Umar Akmal, in which he scored his highest ODI score of 78*, guiding Pakistan to a 7 wicket win. In his last match against Australia, Shafiq has played a very matured inning of a composed 46 runs, anchoring and setting up a good platform for later players to finish a win putting the Pakistani team at the top of their pool. He also scored a watchful 30 runs against India in the semi-final in Mohali. 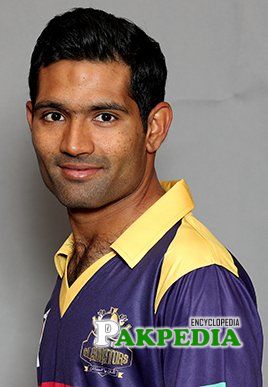 He had a brilliant domestic season for Karachi in 2008-09 when he scored 379 runs in the limited overs game at an average of 54. This earned him a spot in the Asia Cup in 2010. He impressed on the tour to England when he scored a composed fifty and played some gritty knocks at number three. He was selected for the Pakistan squad in the 2011 World Cup and did a decent job with the few opportunities that he got.

Naved Latif is a Pakistani cricketer. He is a righ