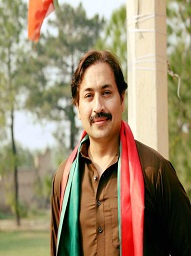 Arbab Amir Khan is the son of late Senator Noor Mohammed Khan, who was a dedicated worker and founding member of the All India Muslim League. Ayub’s brother, the late Arbab Zahir Khan, was elected as a parliamentarian from NA-4 in 1990, 1993 and 1997 using the Awami National Party’s platform. 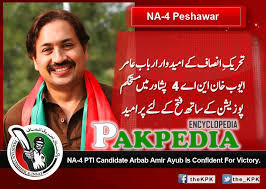 news about his election 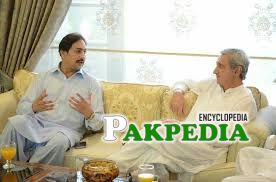 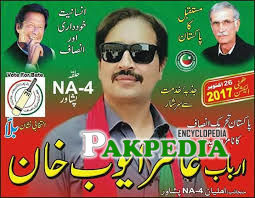 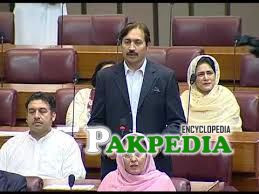 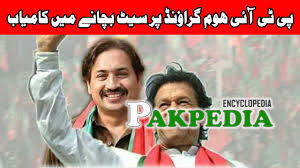 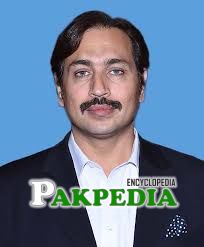 Arbab Amir Ayub is a 43 year old politician. He belongs to the family where politics runs in blood as his late father and brother were also a veteran politicians. Arbab completed his undergrad in marketing from London and then returned to Pakistan to overlook his family’s agricultural lands. [1] profile 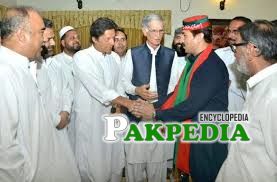 Ayub served as a mayor (town nazim) of Peshawar Town 4 from 2005 to 2009 as a candidate of Awami National Party (ANP). He left ANP to join Pakistan Tehreek-e-Insaf (PTI) in May 2017. During the Peshawar visit, Imran Khan arrived at Noor Alam Khan’s residence, who had left PPP. “Noor Alam Khan’s inclusion in PTI is a positive sign,” PTI Chief said during exclusive talk. While his stay at Noor Alam Khan’s residence, he addressed the party workers and announced to start 2018 election campaign after Ramazan 2017. He made the workers chant “Go Nawaz Go” in their peculiar style. Before the address, Imran Khan became the guest of former ANP leader Arbab Amir Ayub who made a formal announcement of joining PTI. The occasion was attended by Khyber Pakhtunkhwa (KPK) Chief Minister Pervez Khattak and Peshawar Nazim Arbab Asim. He was elected to the National Assembly of Pakistan as a candidate of PTI from NA-4 (Peshawar-IV) in by-polls held in October 2017, following the seat fell vacant after the death of Gulzar Khan. He secured 45,734 votes. [2] career 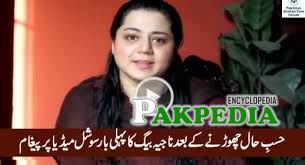 Television actress Najia Baig has alleged that town Nazim of Peshawar Arbab Amir Ayub who is also the brother of ANP MNA Arbab Zahir Khan is threatening her and her family. She has appealed to Chief Minister Shahbaz Sharif and the home secretary to protect her. She said, "I am not in a position to fight. I need your help." She told this in a press conference that the Nasirabad Police Station in Gulberg refused to bring up a case against a member of a powerful political family. She said he wanted to marry her but his family was against this marriage. She said he entered her house with 12 gunmen on July 27, 2008 and tortured her brother. She said if anything happened to her family, the police must bring up a case against Amir. She also alleged that he had told her that the administration was with him and that he was not afraid of anyone. She said she had borrowed Rs 200,000 from Ayub, which she returned when he demanded it. [3] scandle

Sana Jamali is a Pakistani politician who hails fr