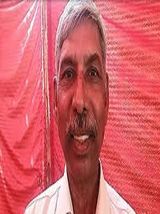 Anwar Lal Deen is a citizen of Karachi. He is a senior and old political party worker of Pakistan Peoples Party. He is the representative of Christian community of Sindh province in the politics of Pakistan peoples party.

For minorities in Sindh assembly Pakistan People Party (PPP) nominated some leaders for reserved seats. Five Hindus and one Christian people were elected as provincial legislature. One of them is Anwar Lal Din who is a loyal worker of PPP since Zulfiqar Ali Bhutto times. Anwar Lal Dean lives in Saddar, Karachi in a small flat with his wife and seven children.

Anwar Lal Dean worked as the president of minority in Karachi for about 15 years. Anwar Lal Dean began his political career in his student life. At that time he was with the Catholic priest identified as Father Derek Misquita who was an MPA during Zulfikar Ali Bhutto’s regime.  Mr Deen has served as the president of party’s minority wing of Karachi division. Mr Dean said that the PPP continued its old strategy of giving Senate tickets to its party workers. [1] PRofile, Career

Pakistan People’s Party (PPP) has issue tickets for upcoming Senate election. For minorities, Anwar Lal Dean was granted the party ticket.In 2013, Pakistan Peoples Party had prepared a list of potential nominees for reserved seats for minorities in the Sindh Assembly. When the dust settled, the first five people on that list , all Hindus – were selected as members of the provincial legislature. As expected, the sixth person was not very happy with that outcome. However, fast forward four years and Anwar Lal Dean, a Christian, who narrowly lost an MPA seat, is now among PPP’s candidates for next month’s elections for Senate – a vindication of his decision to stick with PPP despite the setback of 2013. [2] nomination

In an interview , Dean said he is thankful to the party’s leadership, especially Bilawal Bhutto Zardari, Asif Ali Zardari and Faryal Talpur, for nominating him for the upper house of the Parliament. “The PPP has maintained its old tradition of awarding Senate tickets to ideological party workers,” said Deen.

Christian activist, Anwar Lal Deen, argue that the PPP had always ignored Sindh’s Christian community – most of them are Punjabi-speaking – and because of a significant Hindu vote bank in rural Sindh, especially in Tharparkar, Umerkot and Jamshoro, the party mainly accommodates its Hindu leaders, making them MPAs, MNAs and senators on reserved seats. Of the nine seats reserved for non-Muslims in the Sindh Assembly, only one Christian – Arif Masih Bhatti – was elected in 2013 on a Muttahida Qaumi Movement, while PPP has elected its Sindhi-speaking Hindu leaders on seven reserved seats. On June 7, 2017, Bhatti quit MQM and joined PPP. [3] gratitude,reservation

Senate Election Results 2018
The  PPP clinched 10 seats including five general seats, two reserved seats for technocrats and women each and one for non-Muslims to take its total strength to 20 against the expectation of 17. Successful PPP candidates on general seats from Sindh include sitting chairman of Senate  Raza Rabbani,  Maula Bux Chandio, Mohammad Ali Shah Jamote,  Mustafa Nawaz Khokhar and Dr Sikander Menghro.  Rukhsana Zuberi and  Dr Sikandar Mandhro won the technocrat seats while Anwar Lal Dean won the seat for minorities.  Quratulain Marri and  Krishna Kohli won the election for the reserved seat for women. PML- F candidate Muzzafar Hussain Shah’s contacts with two  MQM factions and the  Pak Sarzameen Party also worked to save his party’s elimination from the upper house as he bagged one seat.[4]  Senate Election Results 2018