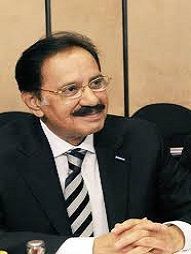 Makhdoom Ameen Faheem is a well-known political figure who has been associated with Pakistan Peoples Party (PPP) since 1970. He was serving as senior vice- chairman of PPP and chairman of PPP’s parliamentarians in the National Assembly. He also worked as minister for commerce and senior minister of Islamic republic of Pakistan. [1] Makhdoom Ameen Faheem is a well- known political figure  Earning Bachelor of Science in political science from the University of Sindh in 1961, he started his political activism in 1970 and contested successfully in the 1970 general elections and was a close ally of Benazir Bhutto during the 1990s. He is the spiritual figure of the Sarvari Jama'at as well as the prominent sufist in his native province, Sindh. After successfully contesting in the 2008 general elections, he notably stepped down for the candidacy of Prime minister office in favour of Yousaf Raza Gillani. 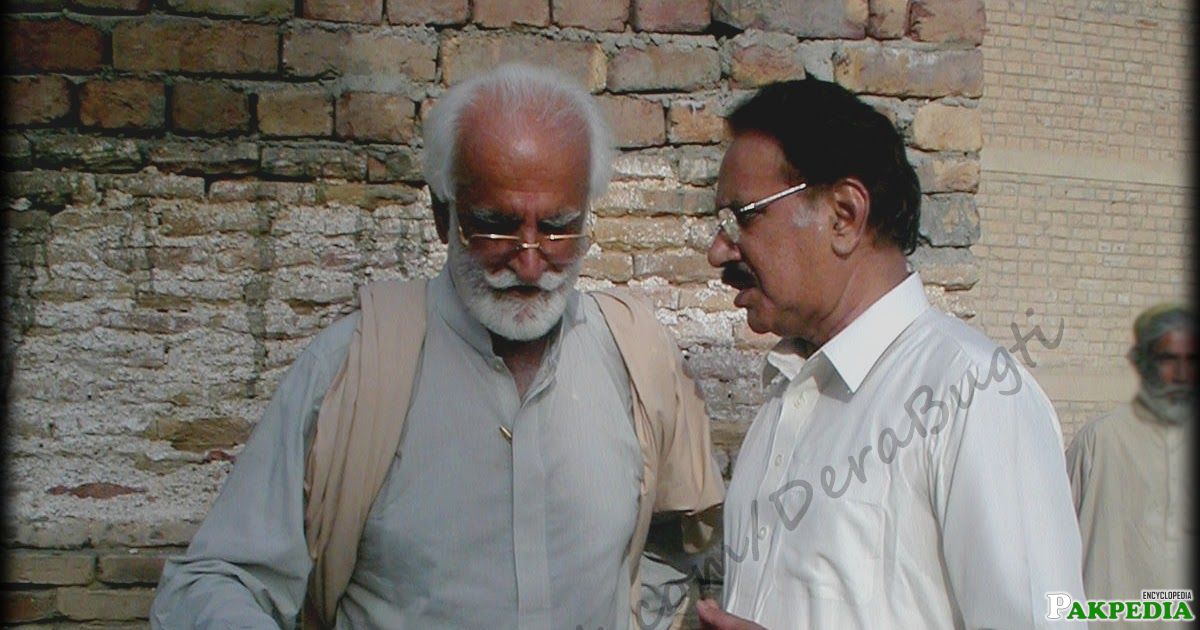 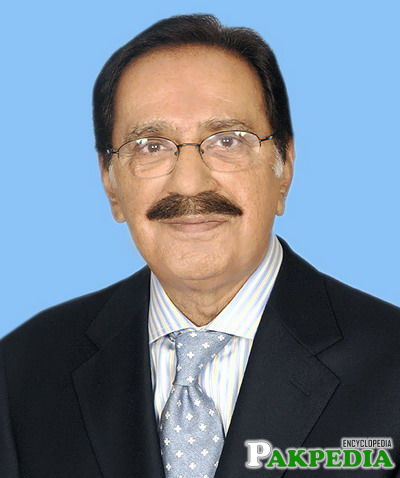 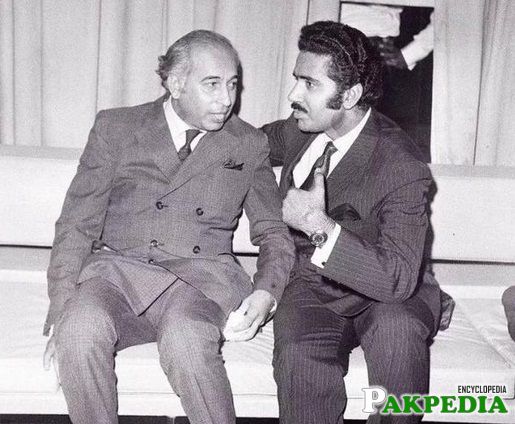 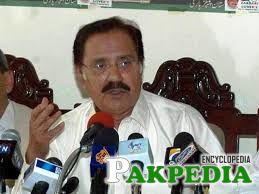 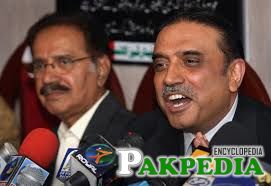 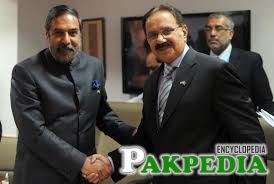 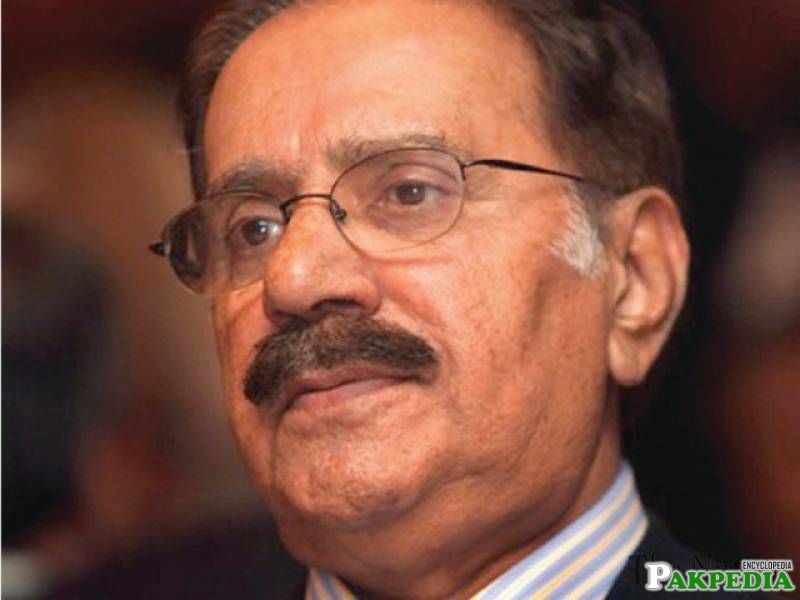 Ameen Fahim is the son of Makhdoom Muhammad Zaman and was born on 4th August in 1939 in Hala, Sindh in the spiritual family. His father was 17th leader of Sarwari Jamaat as well as also known as famous feudal figure in Sindh who also participated in the establishment of PPP which even formed at his own house in Hala, Makhdoom Muhammad Zaman became senior vice-chairman of PPP and took part in the general elections of 1970 for the same constituency as his son after which he emerged as an member of parliament in the national parliament. He received many high-level offers but decided to remain in Hala where he used to look after his Sarwari Jamaat. [2] Ameen Fahim is the son of Makhdoom Muhammad Zaman 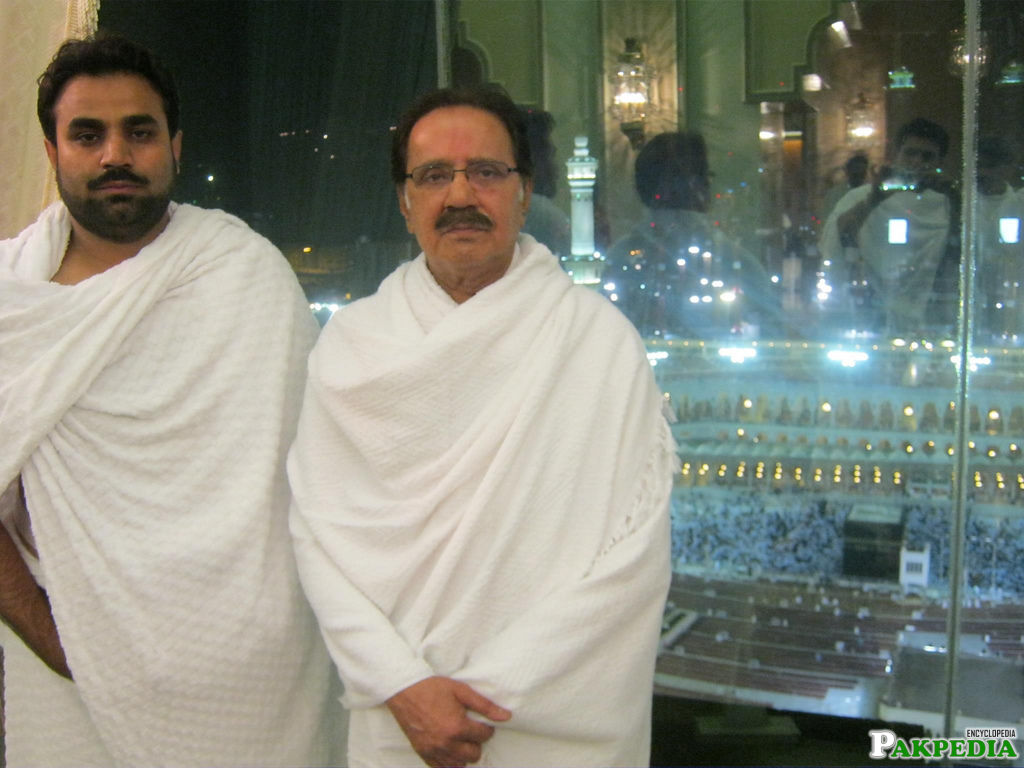 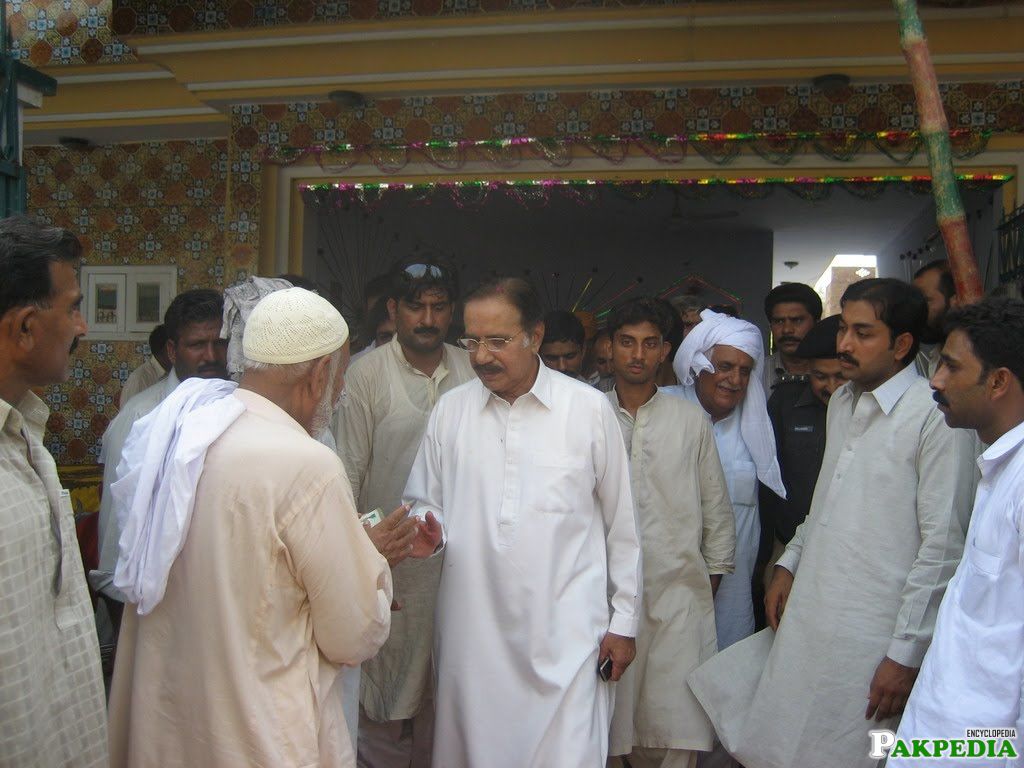 Ameen Faheem entered in the political arena in 1970 when he was elected as member National Assembly from southern Thatta district of Sindh province. Since then, He has so far contested seven elections in 1977, 1988, 1990, 1993, 1997,2002 and 2008 and remained undefeated. He, however, boycotted the non-party elections of 1985 held by General Muhammad Zia-ul-Haq-led military regime in line with the decision of his party. He was a federal minister in both of Benazir Bhutto governments. He was: Communications Minister: December 1988 – August 1990 .Railways Minister: December 1988 – March 1989 .In the second government, Faheem was Minister for Housing and Works: January 1994 – November 1996.[4] Ameen Faheem entered in the political arena in 1970 Ameen Faheem with His Party Member

Makhdoom Ameen Faheem, never regrets his decision to turn down a clear-cut offer to become the country’s prime minister on the condition of parting his way from his leader, Benazir Bhutto (late), former Prime Minister and Chairperson of Pakistan Peoples Party (PPP), one of the largest political parties of this South Asian Muslim state.Faheem was the Vice-Chairman of the PPP, and was also the Parliamentary Leader of the same party in the National Assembly. [5] Makhdoom Ameen Faheem, never regrets his decision 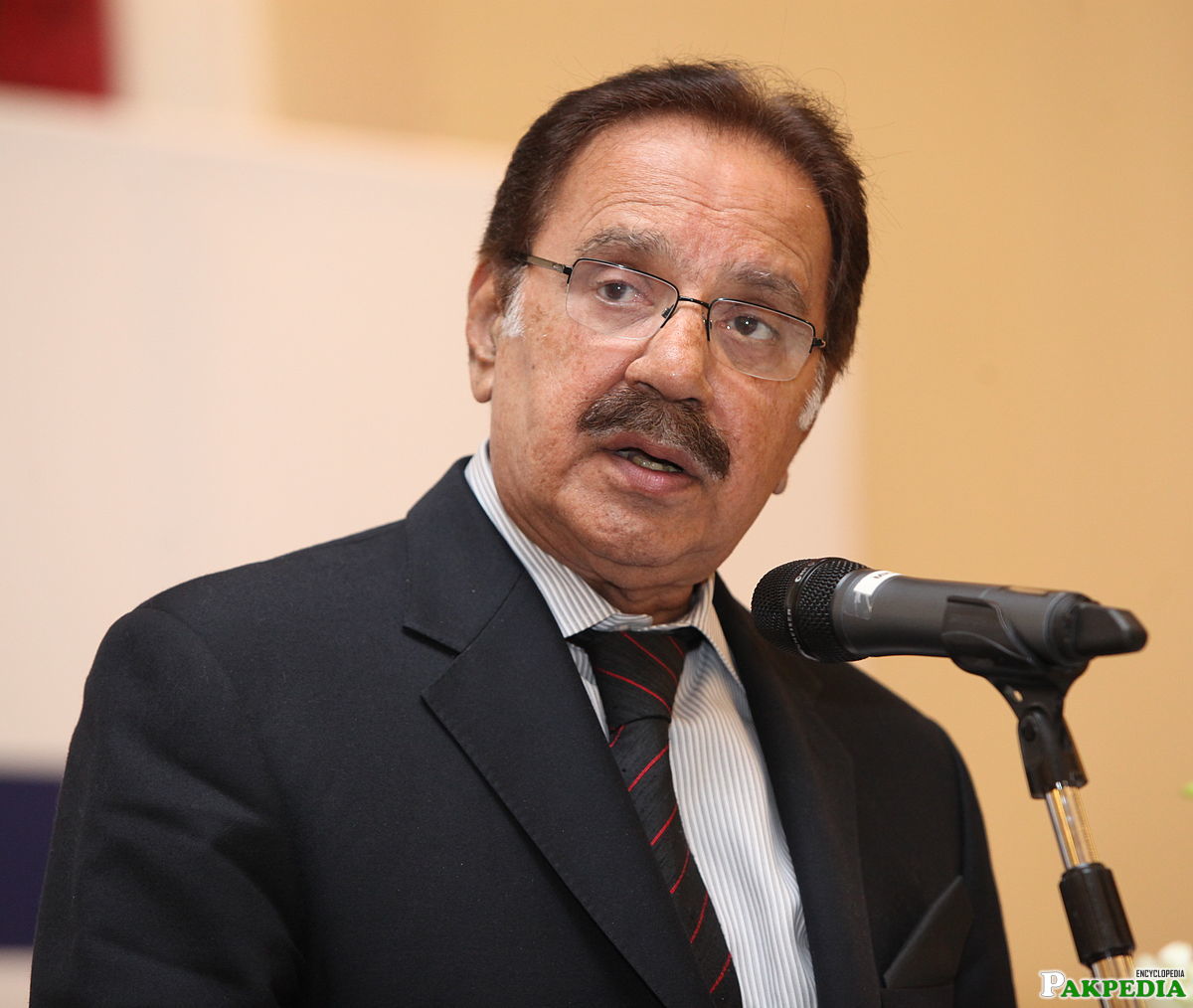 Ameen Faheem is also the leader of “Sarwari Jamaat” 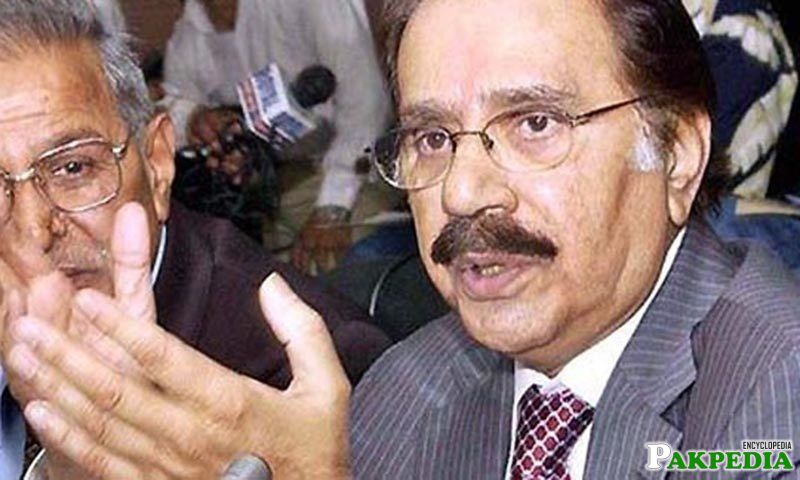 Makhdoom Ameen Faheem was mentioned as a possible chairman for the PPP in the wake of the December 27, 2007 assassination of Benazir Bhutto, but Bilawal Bhutto Zardari and Asif Ali Zardari were named party co-chairs and Faheem was considered the party’s probable candidate for Prime Minister. However, the PPP hesitated to name Faheem as its candidate following its victory in the February 2008 election. It was suggested that Asif Ali Zardari might be reluctant to nominate Faheem as Prime Minister because he is worried that Faheem could strengthen his political base in Sindh and threaten the influence of the Bhutto family there.[7] Makhdoom Ameen Faheem ----------- was mentioned 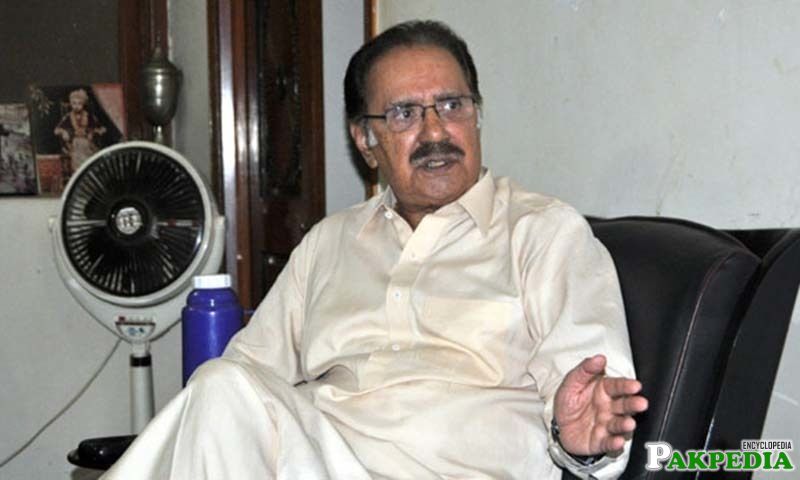 “Poetry is my first love. I am still fond of saying verses and reading poetry of others,” Faheem says. His forte is mystic poetry. His poetry speaks about love, peace, and simplicity. “I have always been fond of the poetry of Maulana Rumi, Shah Abdul Latif Bhittai, and Sachal Sarmast. Their poetry has left a deep impact on my life. I have learnt from them (poets) to be loyal to your loved ones in good or rainy days,” [9] I am still fond of saying verses and reading poetry He says. “I don’t believe in ruling the people. I believe in ruling their hearts. That is why my voters love me, and they never disappointed me,” Initially, he was more interested in poetry than politics. However, he had no choice but to jump into the fray as the political heir of Makhdoom family.
Disclaimer: As an encyclopedia, pakpedia.pk's articles contains shared information which has collected from different sources and people. We welcome everyone for corrections and updates, Thank you.

Marvi Memon is a Minister of State and Chairperson