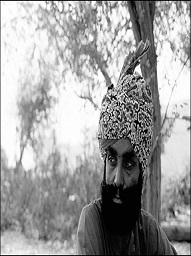 Allan Faqeer (1932–2000), a Pakistani folk singer is a one of the foremost exponents of sufi music in Pakistan. Allan Faqir is particularly known for his ecstatic style of performance marked with extreme devotional rhetoric and sufi dance singing. His peculiarly funny body language and distinctively pleasing facial expressions marked with a broad smile, were always amusing for his audience at live performances. 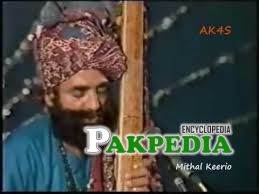 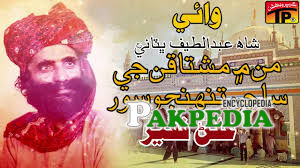 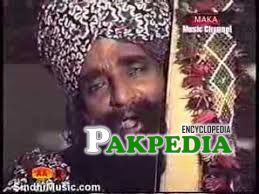 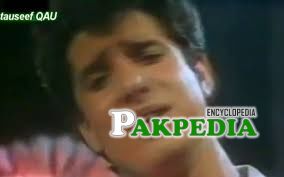 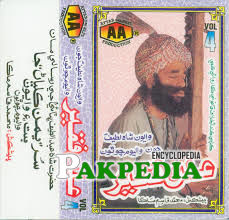 Allan was inspired by Bhittai's poetry 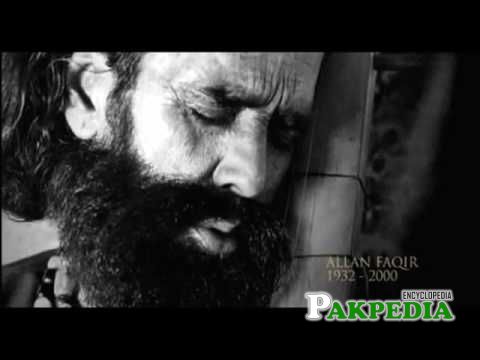 Allan Fakeer was born in 1932 in the ancient village of Aamari in Jamshoro District, taluka Manjhand, Sindh. His mother died soon after his birth. He spent his childhood in Manjhand, a town between Sehwan and Hyderabad. Allan Faqeer belongs to the Mangrasi tribe the Mangarhars are believed to bring happiness and welcomed on festive occasions for their gift of melody. According to the traditions of this caste, Allan Fakir's father used to beat the drum and sing traditional songs at weddings and Faqir's brothers still do the same job.   [1] biography

Allan Fakir is an Arabic word, and implies a Sufi or a mystic. Thus in the real sense of the word, a Fakir is a person, who leads an independent life marked by piety, abstinence from material needs, and contentment in the available resources. It must not be confused with the rather loose usage of the same word implying a begger, in the local languages Urdu, and Sindhi.

Allan in his Teenage

When Allan Fakir was only a teenager, Allan Fakir developed a habit of singing melancholy songs which his father did not like. Deprived of a mother's love, he went off in search of someone who could replace that love. Allan Fakir arrived at the tomb of Shah Abdul Latif Bhitai in Bhit Shah and started living there.Faqir's memory was sharp even though he could not read and write. Hearing the traditional Latifi Raag sung every night touched his heart. 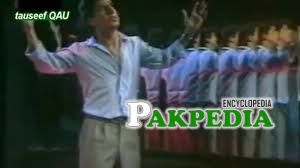 Encouraged by Allan Faqir Zawar Qurban Ali Lanjwani and Moolchand Maharaj, he began singing Bhitai's poetry at the shrine and ultimately spent twenty years there until meeting Mumtaz Mirza, who introduced him to Radio Pakistan and PTV in Hyderabad and helped him to learn the correct pronunciation of Bhitai's poetry. Eventually, he became a performing legend.  [2] career,songs

His songs, mostly in Sindhi language except a few in Urdu, usually revolve around Sufism and the devotional philosophy. But the characteristic which distinguishes him from many other folk singers, is the depth of his feelings, which is very expressive in all of his songs.

Allan was offered a job

In appreciation of his services to folk culture, he was given a job and a small house at the Institute of Sindhology. Allan Faqeer was originally appointed as an officer to help promote Sindhi culture, but due to his illiteracy, he was eventually demoted to the post of peon.

Tribute on his Death Anniversary 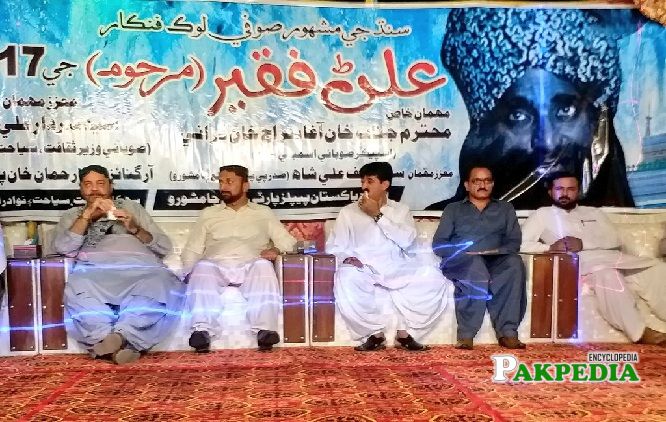 The 17th death anniversary of Alan Faqir, an exponent of Sindhi folk music, was observed in Jamshoro, on 4th of July,2017. The programme was organized by Jamshoro Action Committee (JAC) at the tomb of Alan Faqeer. Paying rich tribute to the Sindhi artist, the leader of JAC Sagar Almani said that Alan Faqeer had introduced Sindhi folk music throughout the world. He said the late Faqeer’s services to Sindh in the field of folk music could never be forgotten. “Alan Faqeer was not only singer of Sindh but he was a global artist with innumerable qualities”, he said.  A large number of fans of Alan Faqeer, artists and students under the umbrella of Jamshoro Action Committee attended the programme whereas Sughar Muhammad Ayoub presented a ghazal on the occasion to highlight the contributions of Alan Faqeer.   [4]  Tribute Faheem Allan Fakir is son of the sufi legend from Jamshoro, Allan Fakir. Faheem has previously sung a few songs with the Sufi legend including the one which also featured Shehki called “Allah Allah Kar Bhaiya”. It is expected that Faheem might be collaborate with The Sketches, who are themselves pretty much inspired by Fakir and interestingly reside at the same place. 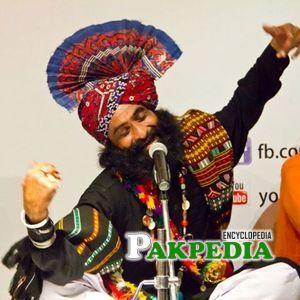 Sufi teaching isn’t something merely to sing or recite; it’s meant to be lived, and that’s what traditional performer Wahid Allan Faqir does. Strumming the one-stringed kingh, singing devotional songs based in centuries-old poetry, Wahid has taken up the torch of one of Pakistan’s best-loved Sindhi folk singers. Wahid loved Allan Faqir so much, he took his name as an homage. Wahid hails a small village on the border of Pakistan’s provinces of Punjab and Sindh, culturally distinct regions that influence his music. As a young man, he went to a celebration at the shrine of Shah Abdul Latif Bhittai, a revered 18th-century poet and mystic. There his life changed as he watched Allan Faqir perform. Allan Faqir, one of the leading proponents of waee (a lively form of Sufi poetry and music performance popular in Sindh), broke into the Pakistani music mainstream with a big pop hit in the 1980s. Devoted to Allan Faqir’s work, Wahid quietly began singing and dancing on his own. Wahid served in the military and would often lighten up his fellow soldiers’ evenings by performing Allan Faqir numbers, mirroring the renowned singer’s signature moves and attitude, his peacock-tail turban and engaging antics. After his idol’s passing, he was determined to carry on his legacy.   [5] wahid

In appreciation of his services to folk culture, Allan Fakir received the following awards: [6] awards