The real name of Airport situated in Lahore is Allama Iqbal International Airport named after Pakistan Renowned Personality Allama Muhammad Iqbal. It is the second largest airport of Pakistan and a large amount of passengers travel through this Airport to their destinations. The airport currently has three terminals: the Allama Iqbal terminal, the Hajj terminal and a cargo terminal and is the second most busiest airport in Pakistan
IATA code: LHE ICAO code: OPLA
At first Walton Airport was used as the main Airport for the city but with the passage of time when PIA acquired their First ever Boeing 720, Walton Airport was unable to handle the load of the Aircraft and a new airport was constructed in 1962. This allowed Lahore to open its gates to the world. PIA initiated direct flights to Dubai and London via Karachi. [1] Airport History 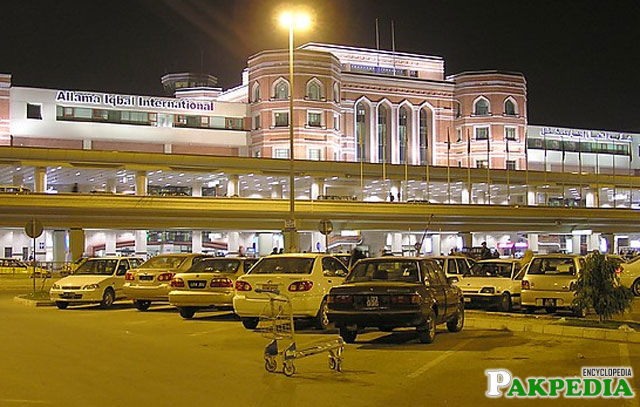 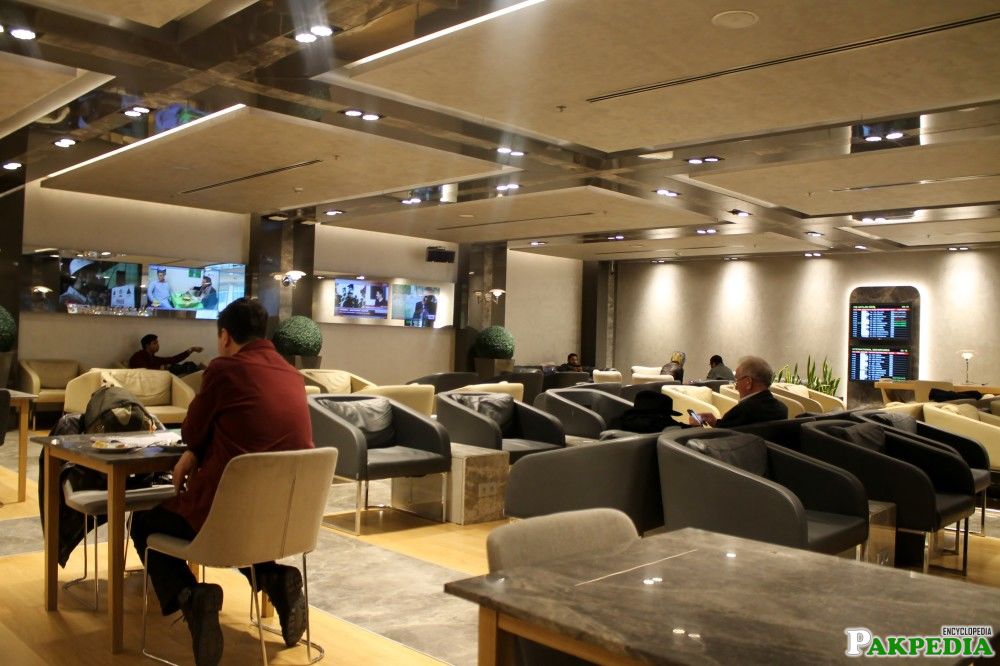 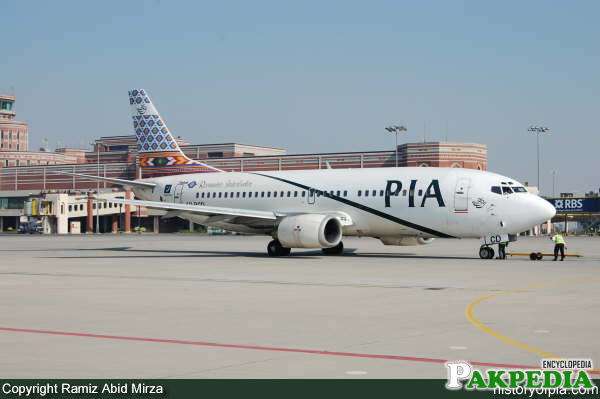 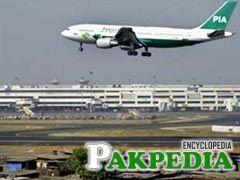 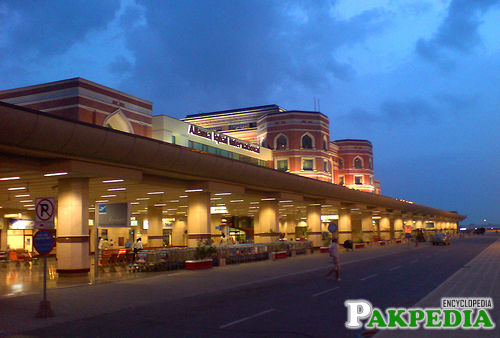 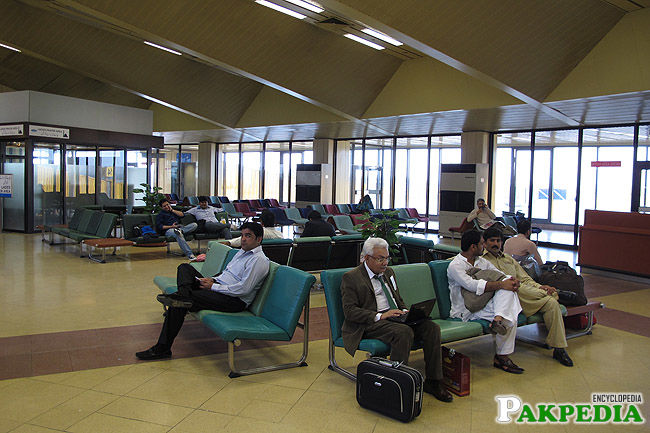 The situation at Lahore

The situation at Lahore Allama Iqbal international Airport has been chaotic for the last two weeks. The airport was packed with the backlog of dozens delayed domestic and international flights for many days as thick fog blanketed the countryï¿½s busiest airport, suspending flight operations for more than 18 hours a day.To contain the worsening situation, the Civil Aviation Authorities limited the flight operations to 10am till evening. In the first week of January, more than 140 Pakistan International Airlines flights were affected due to thick fog. In the past two weeks, the number of affected flights crossed 200, causing an estimated loss of 200 million rupees only to PIA, a senior official of the airline says. The loss, he says, is in different shapes, including airport charges, adjusting passengers of delayed flights, cancellation and diversion of some flights, and bearing the expenses of passengers accommodated at different hotels at different stations.Though a number of flights have been rescheduled in the past two weeks, still the airline operates flights only when the weather is suitable. Some of the flights had to be diverted to Karachi or Islamabad or other airports, resulting in additional costs to the flag carrier.The loss is adding to the PIA ongoing annual loss and weakening financial position. According to a report submitted to the Economic Coordination Committee (ECC) in its meeting a few weeks ago, from 2011 to June 2014, the air carrier had suffered a loss of Rs207.69 billion. Before that, the figure stood at Rs74.89 billion.Such losses of airlines, due to suspension of flights at airports, are actually the responsibility of Civil Aviation Authority the controlling authority of Pakistans airports. CAA is responsible for making the airport functional. That is why the airlines are fined all over the world for delays in flights or occupying runway or designated terminal for more than allocated time.The problem in Pakistan is that most of our airports, including at Multan and Peshawar, have no Instrument Landing System (ILS) at all. Pilots have to operate visually and airports have to be closed when thick fog drifts. According to reports, Pakistans Islamabad and Faisalabad airports have Category-I system which requires the runway visibility to be at least 1,800 ft for the airports to operate. Only Lahore has a Category-II system that makes it functional until the visibility drops below 1,200 ft.To avoid such losses, PIA and CAA officials think Pakistan needs Category-III (CAT-III) ILS, which has been in place in many countries for the past several years.

This system allows airports to operate even in thick fog.In a recent development, Prime Minister Nawaz Sharif approved the expansion of Allama Iqbal International Airport Lahore. Shujaat Azim, advisor to the prime minister on aviation, says after the PC-1 is made, it will be placed before the board for approval. Lahore airport will have an ILS Category-III system, enabling the aircraft to land at zero visibility. The system would be in place within next 120 days after its approval.At the moment, only Islamabadïs Benazir Bhutto International Airport and Lahore Airport have old version of landing system  the CAT-II system. No other airport in the country has this system so far.However, the challenge is that this system costs millions of dollar. Also, an official said this system is not feasible for Lahore Airport where it is required the most, because for that system the airport runway needs a lot of space to make sure visibility and direction. According to surveys and estimates, a huge population around the airport in Defence Housing Authority and Cantonment localities around the runway, needs to be vacated.CAT-III and CAT-II require the use of an auto-landing system for the aircraft, which essentially means that the autopilot lands the airplane while the pilots monitor the aircraft and autopilot closely for any anomaly. CAT-III landings on the most modern aircraft do not require the pilots to see the runway prior to landing. Most of commercial airliners and crew are certified for CAT-III system.Flight operations are disrupted at Lahore Airport every year after Runway Visual Range drops below 350 meters due to thick fog. Recently, India sanctioned upgradation of Kolkata Airport with ILS Category-III on primary runway, making it the second airport in India equipped with this latest technology.Pakistans airports are already losing reputation in the world. Benazir Bhutto International Airport Islamabad has been ranked among the worst airports around the world in a survey by an online airport guide in 2014.[6] Apron and Runway

Pakistan State Oil provides fuel to all the Airlines departing or arriving at the Airport. Fire Fighting and Rescue Services of category 9 are also present at the Airport. There is a Mosque also located outside the Airport at the left hand side of the Terminal for the Passengers. CAA Porter and Metro cab services are present at all times. Custom and Immigration Services are present for all the International flights. Nirala Sweets and Dunkin Donuts are also present for the refreshment of the passengers [7] Airport Services