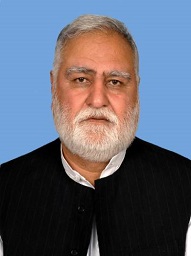 Â Â Â
Akram Khan Durrani is a senior politician of Jamiat Ulama Islam for a long time. He is the opposition leader of Provincial Assembly Khyber Pukhtunkhwa, who has also served as the Chief Minister of NWFP, now Khyber Pakhtunkhwa from 2002-2007. In 2018 he escaped from aÂ  blast that resulted in 4 deaths. This article contains all the information about Durrani, including Akram Khan Durrani Biography. 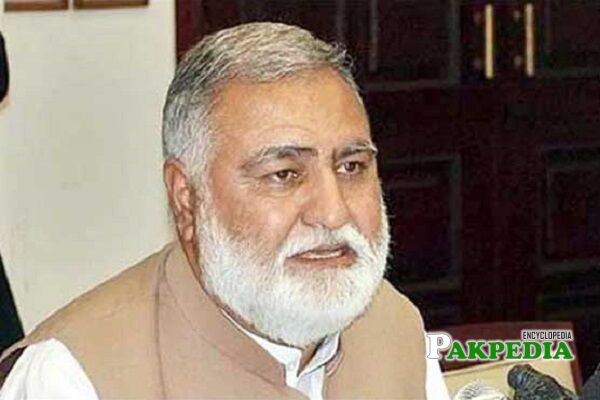 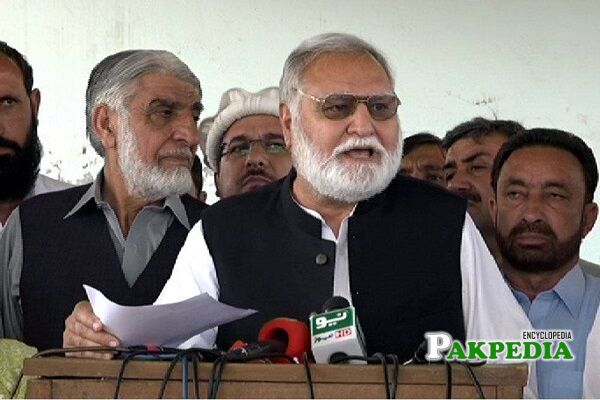 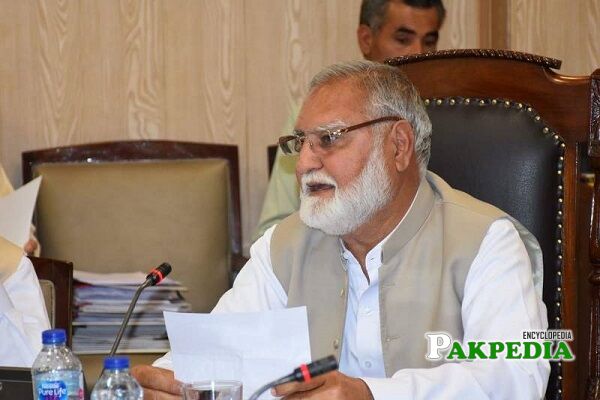 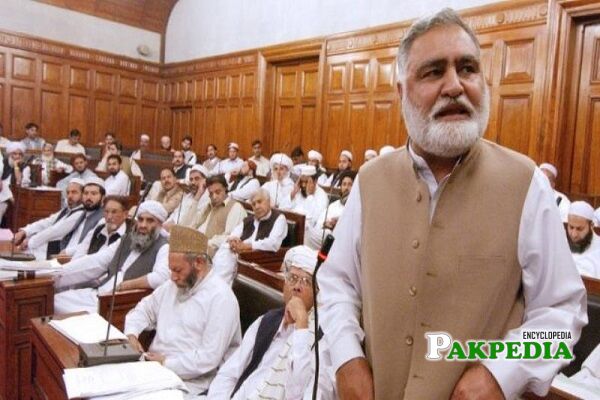 Durrani is one of the few politicians who secured a seat in the Provincial Assembly during the upsets of the 2018 general election. During his political career, he has served as Chief Minister of Khyber Pukhtunkhwa during the Musharraf regime for 5 years. He also served as a Federal Minister in the cabinet of Nawaz Sharif. Durrani considers himself as the worker of Mufti Mahmood, the late father of Moulana Fazal Rahman. Due to his association with JUI, he was recently summoned by NAB in a corruption case that is called politically driven by the opposition.

Durrani is the son of Ghulam Qadir Khan. His sons Zahid khan Durrani and Zaid Akran Khan Durrani are also politicians and associated with Jamiat Ulama Islam. Zahid Durrani is the current member of the National Assembly. He won it after Imran Khan vacated the seat in 2018.

According to the official website of Assembly of Khyber Pukhtunkhwa, Durrani has done L.L.B.

He was born on 2nd March 1960 in Bannu, Khyber-Pakhtunkhwa, Pakistan.

Durrani was inspired by the religious-political ideology of Mufti Mahmood for the implementation of an Islamic system in Pakistan. It made him join the Jamiat Ulama Islam and was soon elected as a member of the Provincial Assembly of the then NWFP now Khyber Pukhtunkhwa in the 1997 general election.

In the 2018 general election, Durrani contested from PK-90 and won his seat after a close contest against Samad Khan of PTI. He received 32801 votes while Samad Khan got 32628 votes and became the leader of the opposition in the provincial assembly. He also contested on NA-35 against Imran Khan but lost to him

As a senior politician, he was also on the target of the militants. He was first targeted in 2007 when he was serving as the Chief Minister. He survived another attack in 2015 when his convoy came under a bomb attack in Bannu.

Usman Ibrahimis a Pakistani politician who is asso