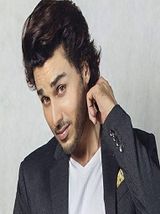 
Ahsan Khan is a multi-talented Pakistani actor, model, and host who is the part of the Showbiz industry for a long time. He has achieved a lot throughout his career, and one of the most significant achievements includes becoming a Goodwill Ambassador on 30th July 2018 by the Children’s Literature Festival. This article has all the information about Ahsan, including Ahsan Khan Biography and Ahsan Khan Dramas. Ahsan is a handsome, versatile, and adaptable Pakistani actor, model, and host. He is known for his exceptional acting in drama serial ‘Udari’ that touched the hearts of people across the globe. He always comes with something different that makes him recognizable. He is getting extreme acknowledgment after becoming the Goodwill Ambassador of Children. Ahsan is one of the important assets of the Showbiz industry whose work is worth appreciating.

He was born on 9th October 1981 in London. Later his family moved to Pakistan. Currently, Ahsan is living in Karachi with his family.

He has a degree of Masters in English Literature that he obtained from the Government college, university.

He belongs to a non-artistic and educated family. He has a twin brother Yasir Shah; however, no one from his siblings belongs to the Showbiz Industry. He got married to Fatima khan, who is a housewife. He has two sons and one daughter.

Other than an amazing actor Ahsan is likewise an incredible host who is currently famous for hosting a show ‘Bol Nights with Ahsan.’ He has invited various Pakistani celebrities in his play. In 2017 he organized a Children’s game show ‘Knorr Noodles Boriyat Buster’ whose second season came in 2019.