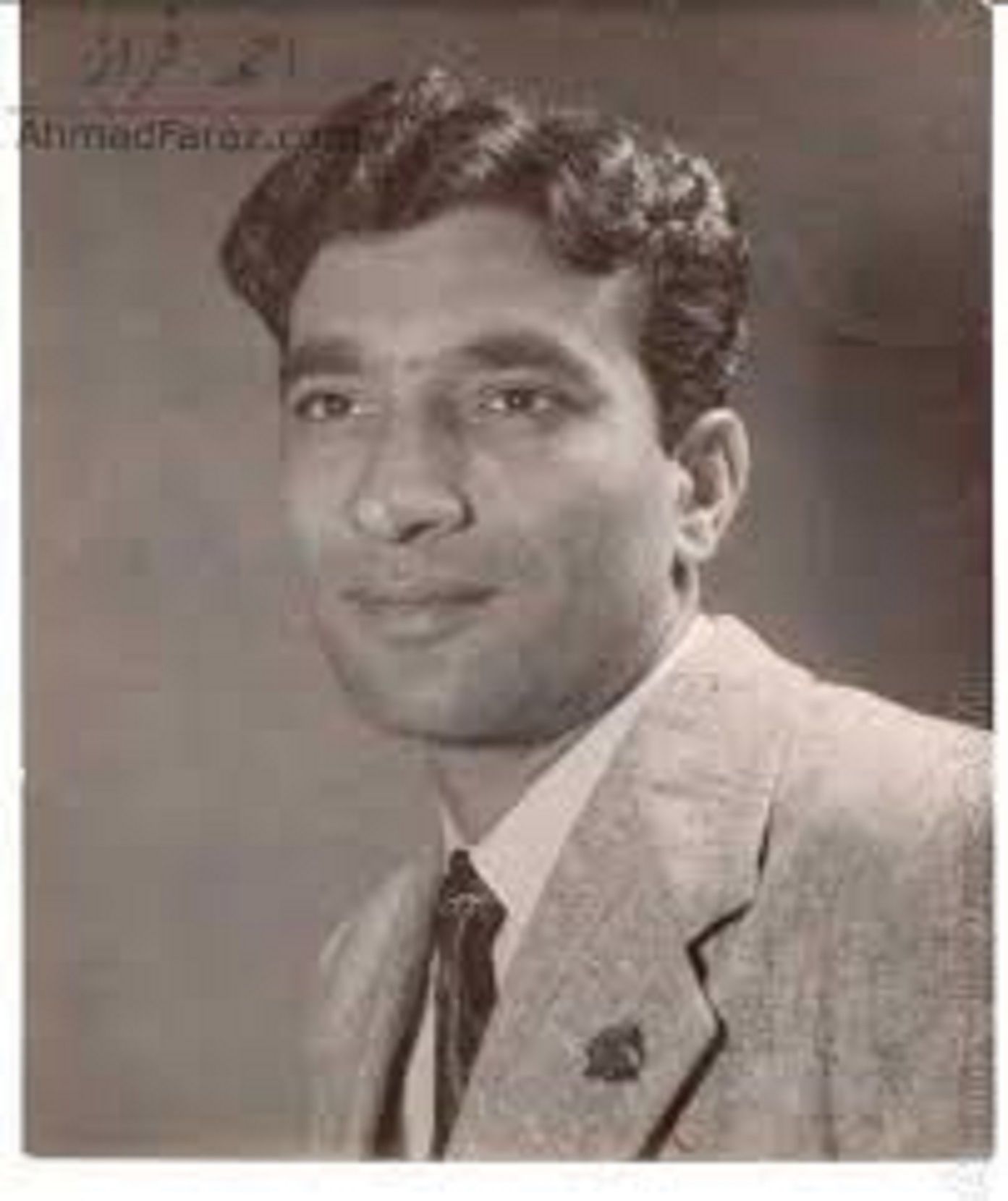 
Ahmad Faraz was born on January 12, 1931 in Kohat, Pakistan, He was an Urdu poet. He considered as one of the enormous modern Urdu poets of this era. 'Faraz' is his pen name (Takhalus) in Urdu. Ahmad Faraz died in Islamabad on August 25, 2008. Ahmad Faraz holds a distinctive position as one of the finest poets of recent times, with a fine but simple way of writing. Even general people can easily know his poetry. Ethnically a Hindkowan, Ahmed Faraz studied Persian and Urdu from Peshawar University. He later became lecturer at the Peshawar University. He was awarded by different titles Hilal-e-Imtiaz, Sitara-i-Imtiaz and after his death Hilal-e-Pakistan by the government.Urdu poet, Lecturer Ahmed Faraz personal one of his life moment of his childhood lead him step into the world of poetry. Most of people compared his poetry with faiz ahmed faiz as he holds unique value among all famous poets currently in Pakistan or in Asia. He is famous because of his simple way of writing style who will understand and read by most of people. . [1] Ahmad Faraz info 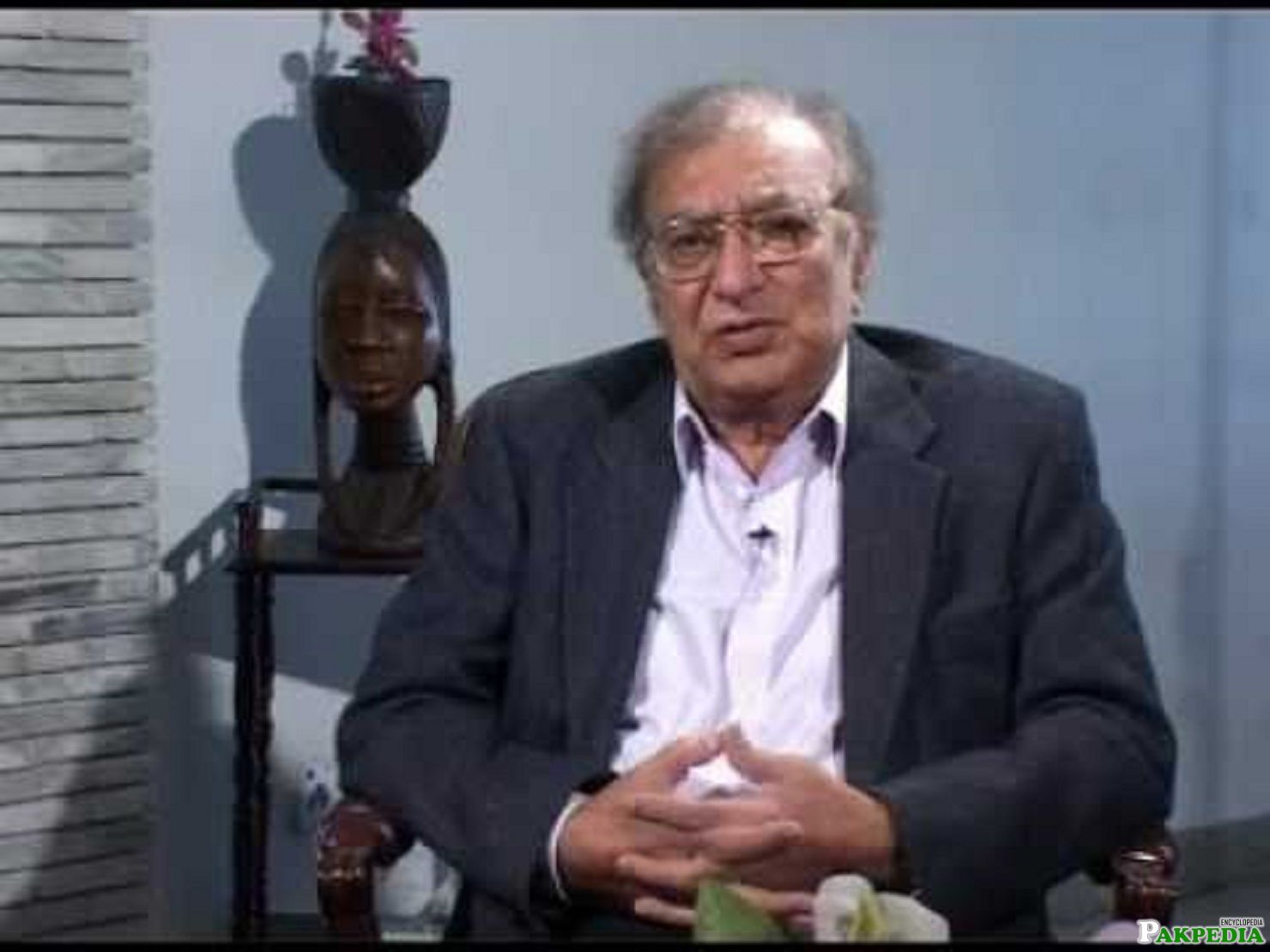 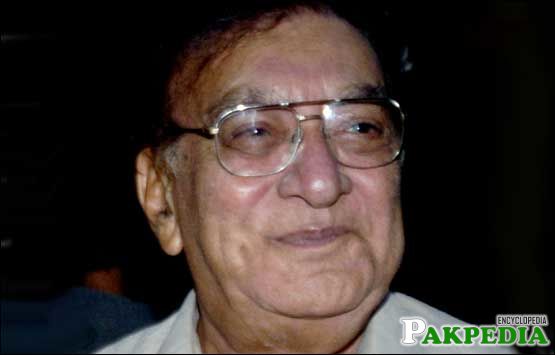 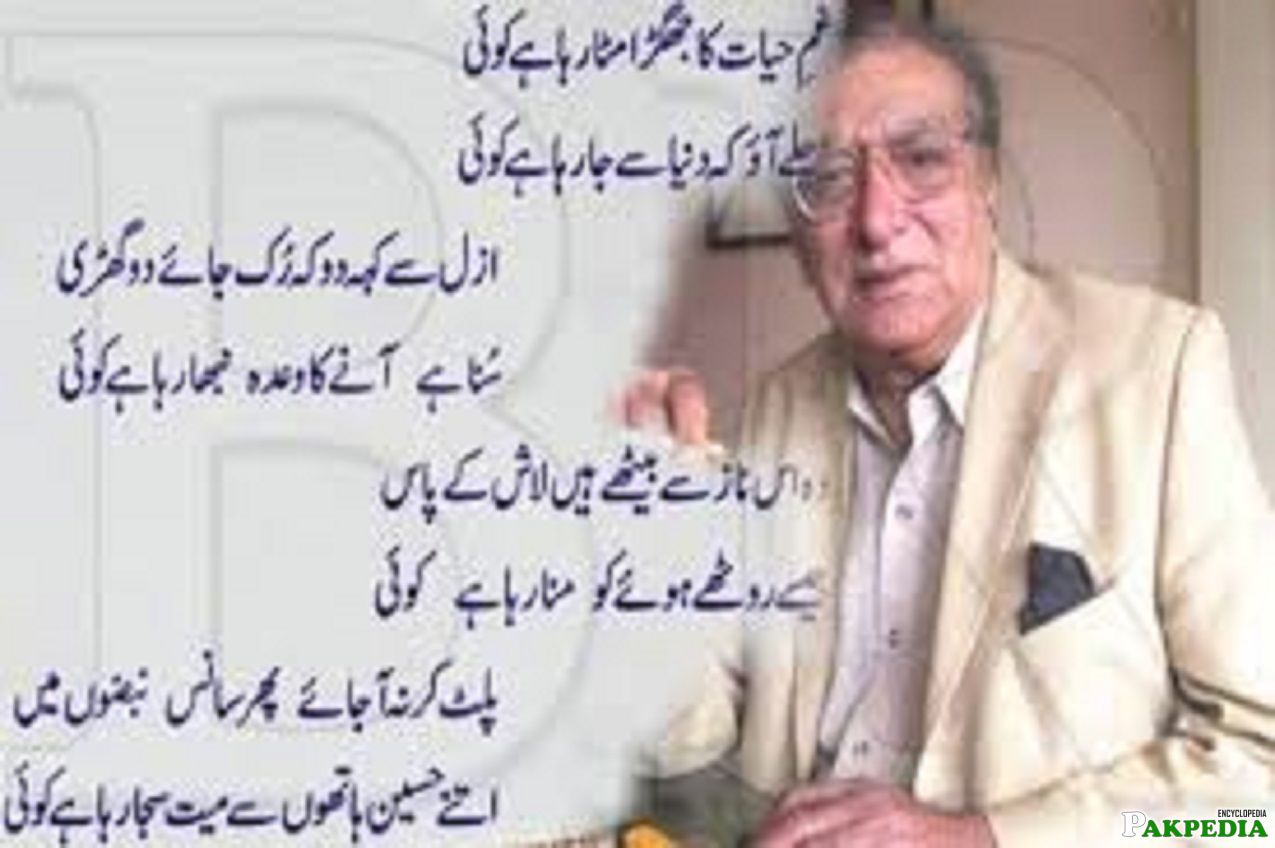 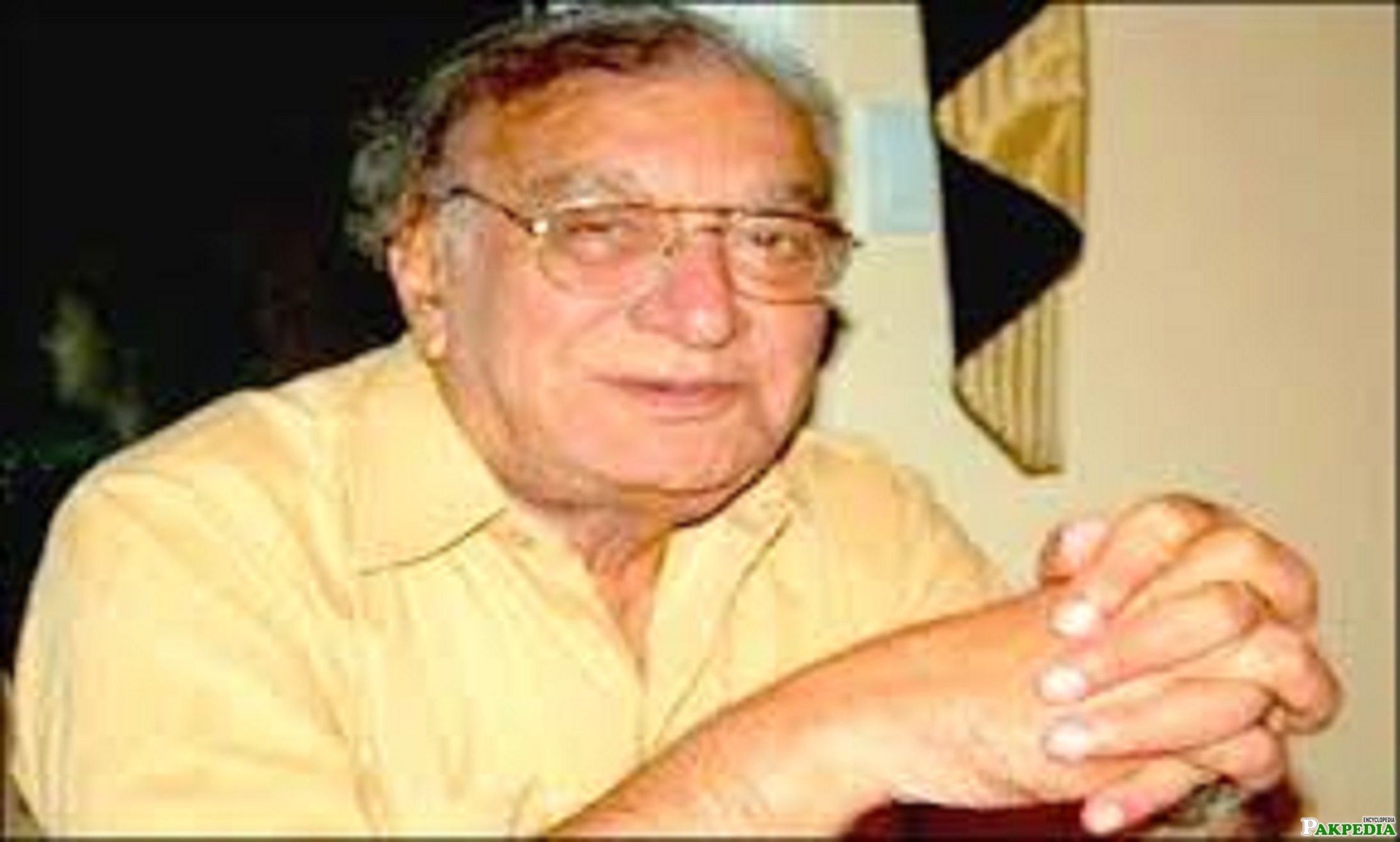 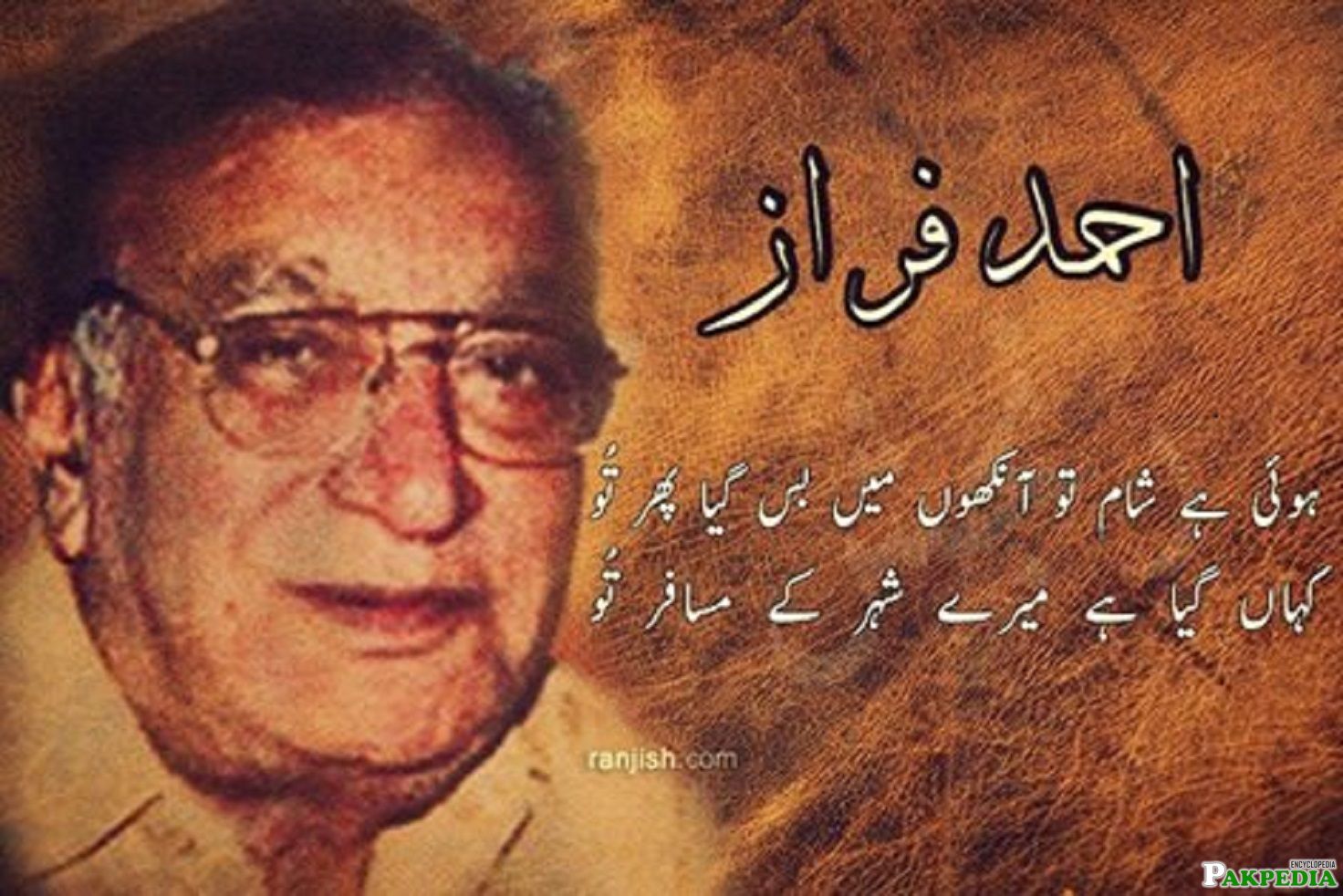 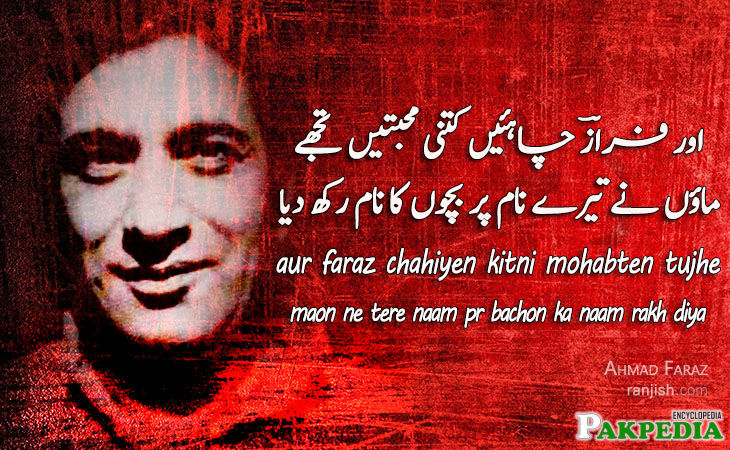 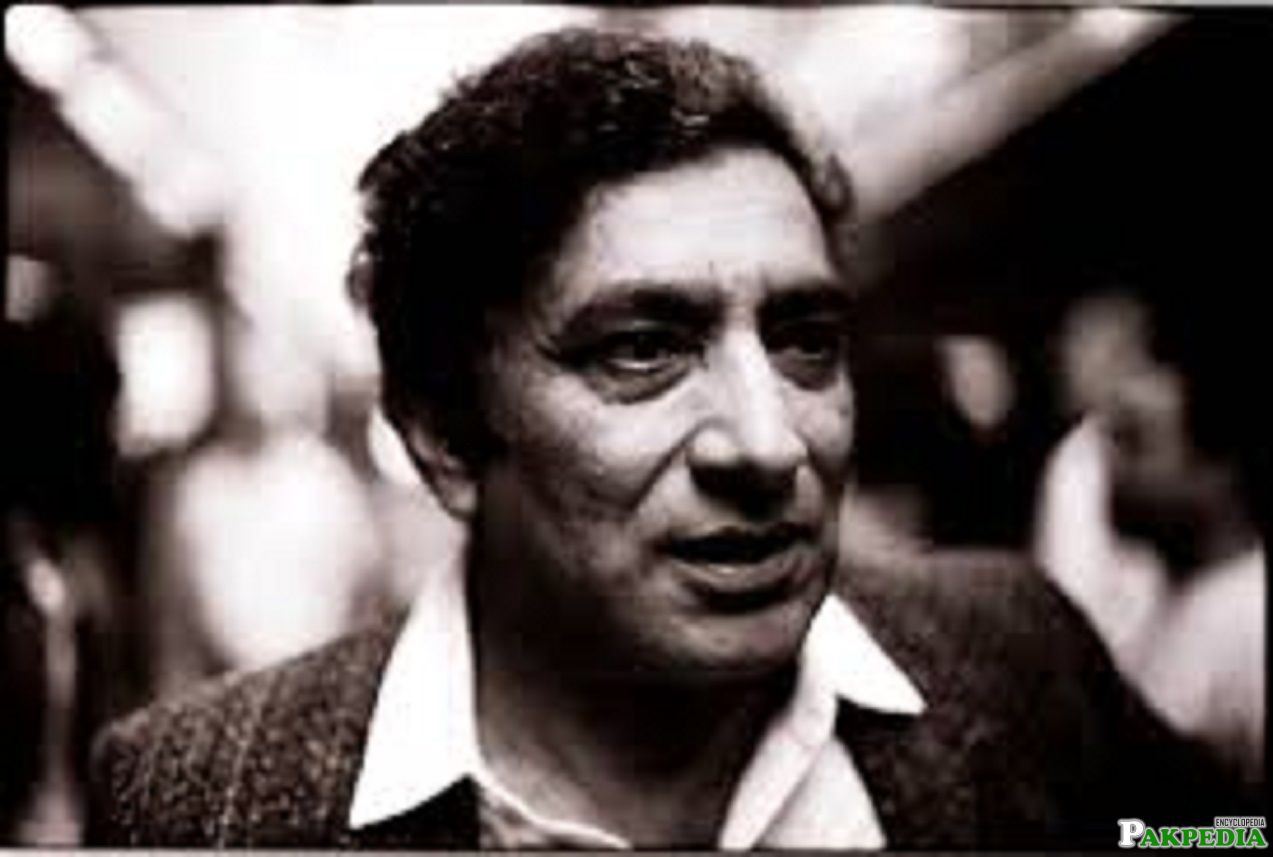 Ahmad Faraz was born in Kohat on 14 January 1931.Faraz did his MA in Urdu and Farsi. He started writing features for radio Pakistan during is his education. He was doing BA when his first poetry work “Tanha Tanha” was published. After completing his education, he left radio Pakistan and adopted the profession of the lectureship. During his job, his second “Dard-e-Aashob” was published and Pakistan writers Guild awarded it “Adamjee Adbi Award”.After his lectureship he became the director of the Pakistan National Centre ( Peshawar). In 1976 he became the leader of Akadmi Adbiyat Pakistan. During the reign of General Zia Ul Haq, he was deport from the country. He remained the head of the National Book Foundation till 2006.As the Impunity of a TV interview he was fired from his job. Ahmed Faraz received Adamjee Adbi Award and Firaq Gorakh Pori Award in 1988 and Abasin, Award in 1990. In, 1991 Academy of Urdu Literature (Canada) also awarded him with the award. In 1992 he was awarded with the TATA award in India.Ahmed Faraz visited many countries. His poetry is a part of the syllabus at Aligarh University and Peshawar University. His poetry is translated into English, French, Hindi, Russian, German and Punjabi.In 2004 he was awarded with Hilal-e-Imtiaz. But after 2 years he returned the award in the protest of government policies. Ahmed Faraz poetry is famous on an international level . He got the rank of Qabool-e-Aam in Urdu poetry after Iqbal and Faiz. His poetry includes “ Tanha Tanha, Dard-e-Aashob, Shab-e-Khoon, Nayaft, Mere Khuwab Reza Reza, Be Awaz Gali Kochon Mein, Shehar Mein Aaiyna, Pas Andaz Mausam, Sab Awazen Meri Hain, Khuwab-e-Giul Pareshaan Hai, Bahana Karo, Janaa Janaa Aur Ae Ishq Junoon Pesha .He died on 25th August 2008 in Islamabad.[2] Ahmad faraz biography 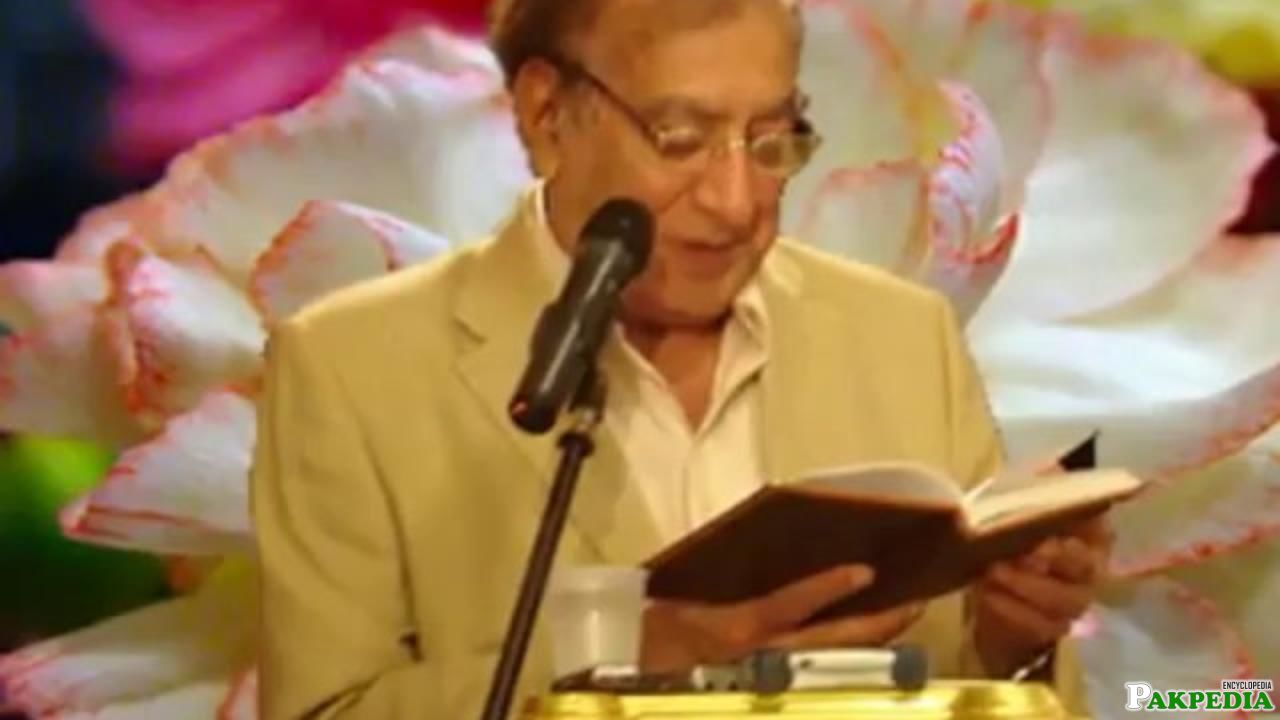 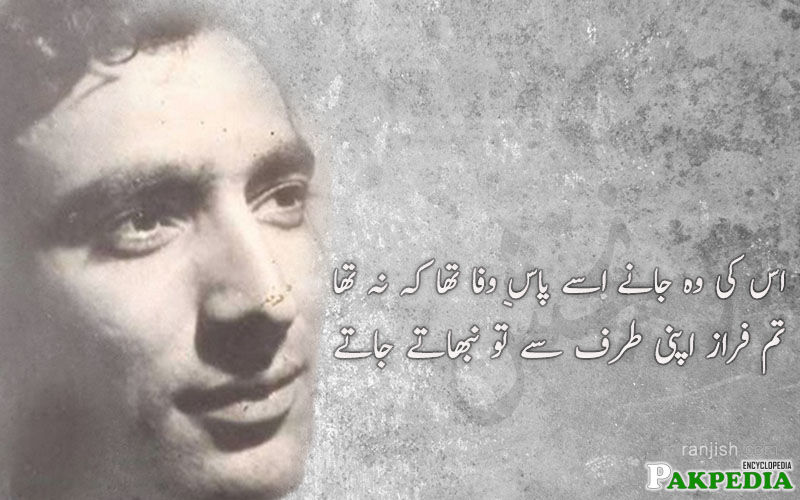 Outspoken about politics, he went into self-imposed exile during the Zia-ul-Haq era after he was arrested for reciting certain poems at a Mushaira criticizing the military rule. He stayed for 6 years in Britain, Canada and Europe before returning to Pakistan, where he was initially appointed Chairman Academy of Letters and later chairperson of the Islamabad-based National Book Foundation for several years. He has been awarded with numerous national and international awards. He was awarded the Hilal-e-Imtiaz in 2004, in recognition of his literary achievements. He returned the award in 2006 after becoming disenchanted with the government and its policies. "My conscious will not forgive me if I remained a silent spectator of the sad happenings around us. The least I can do is to let the dictatorship know where it stands in the eyes of the concerned citizens whose fundamental rights have been usurped. I am doing this by returning the Hilal-e-Imtiaz (civil) forthwith and refuse to associate myself in any way with the regime..." a statement issued by the poet. About his current writings he says: "I now only write when I am forced to from the inside." Maintaining a tradition established by his mentor, the revolutionary Faiz Ahmad Faiz, he wrote some of his best poetry during those days in exile. Famous amongst poetry of resistance has been "Mahasara". Faraz was also mentioned by actor Shahzada Ghaffar in the Pothwari/Mirpuri telefilm "Khai Aye O". Despite his deteriorating health, he was quite active in the Judicial Crisis, in 2007. He joined personally the lawyers to protest against the government, and also encouraged his colleagues to do the same. [3] Literary and Political life 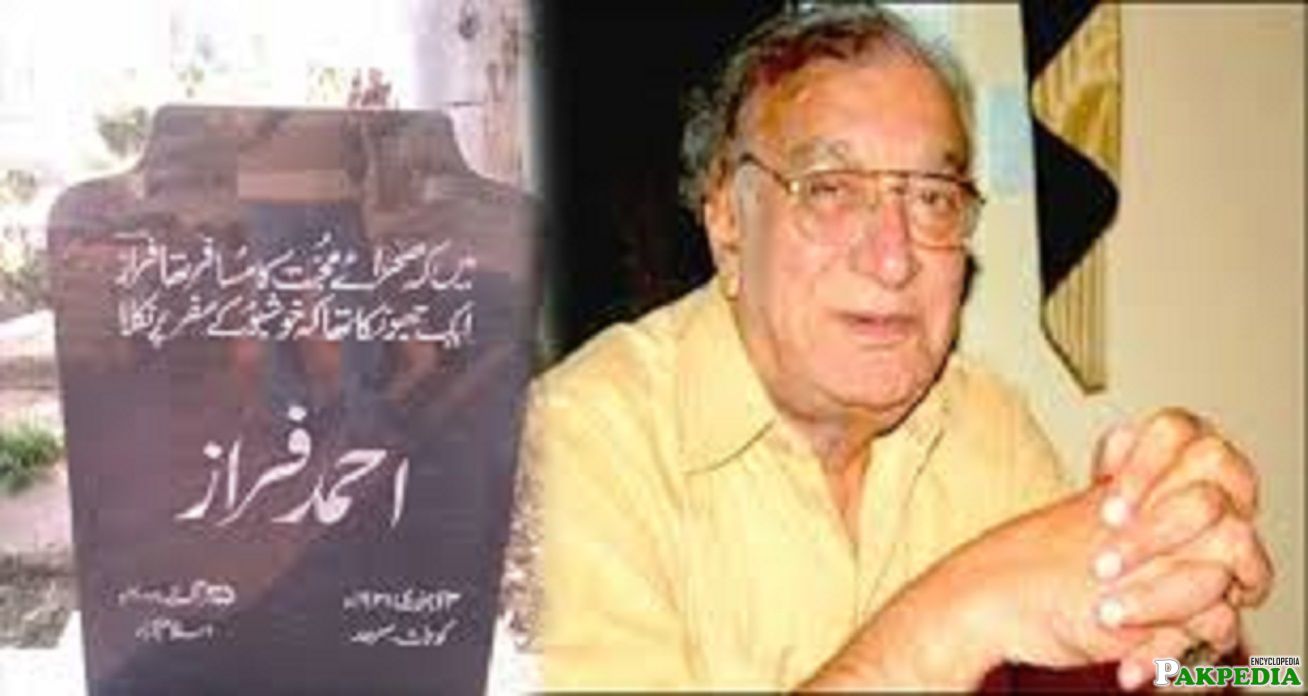 Faraz died from kidney failure in a local Islamabad hospital on 25 August 2008. His funeral was held on the evening of 26th, by many admirers and government officials at H-8 Graveyard, Islamabad, Pakistan.[4] Ahmad Faraz Death

A sample of his poetry is: Nazm: Khwaab martay naheen English translation.

Collection of the following books

Nusrat Javed is a renowned Pakistani journalist at

Kamran Khan is an investigative journalist as well