In February 1947 the British prime minister clement Attlee announced to the house of common in London that the British government decided to leave the subcontinent no letter than June 1948 . He also announced that the last British viceroy was to be Lord Mountbatten. The transfer of power was now working to a fixed schedule .violence erupted all over the subcontinent and it become oblivious that if the Muslim league’s basic demand was not met a savage civil war between the Hindus and the Muslims would break out. It was the outbreak of violence in the Punjab in March 1947 which finally convinced the congress to accept the principle of partition along religious lines. By 18 April, Nehru stated that all provinces and districts which wish to join Pakistan would be allowed to do so, much to Gandhi’s distress, but Nehru had now assumed political control of the congress with an independent India in sight. 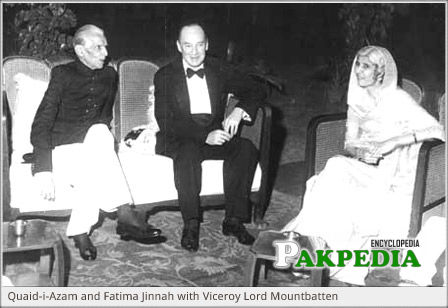 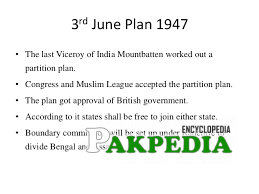 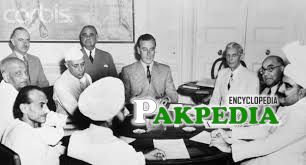 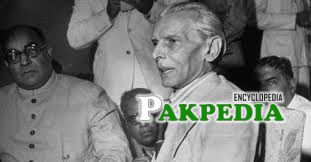 Jinnah in an address 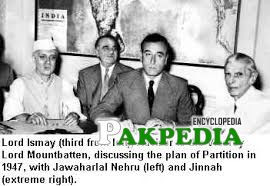 Nehru and Jinnah with Mountbatten

Lord and Lady Mountbatten arrived in dehli 22 march 1947 to serve the shortest and important term of British viceroy. Mountbatten had met and befriended Nehru earlier and the league was immediately suspicious that the neutral Wavell had been replaced by a more pro-congress viceroy. Mountbatten met the senior leader and tried hard to persuade Jinnah to agree to cabinet mission proposals or to accept the partition of Punjab and Bengal. After failing to persuade him, Mountbatten later tried to blame Jinnah for the bloodshed that followed.

As the principle of sovereign and the British, Jinnah rightly held onto a principle which was almost as dear to him as the right of the Muslims. Throughout his life, the quaide had never been accused even by his enemies of religious prejudice and the idea that Pakistan would not look after its religious minorities was a point he could not accept. If the whole of Punjab and Bengal were to become part of Pakistan it would have left a sizeable non-Muslim minority with in Pakistan. This was something Jinnah and the Muslim league were happy with, as they had constantly stated their goal was to protect all religious freedom and minority rights. It was for this reason, as well as for geographic and economic ones, that Jinnah did not want to see the two ancient provinces Punjab and Bengal brutally divided.

Jinnah tried to persuade Sikhs that they had nothing to fear in the state of Pakistan by offering them to fix quota in the civil service and army, as well as the post of commander-in-chief of the future Pakistan army, Jinnah had even agreed to proposal that the united Bengal should be allowed independence from both India and Pakistan. Jinnah stated on 26 April that he would be “delighted” with the proposal as Bengal without Calcutta would be useless and he had little doubt that such a state would be on friendly term within Pakistan. It was proposal which the congress immediately rejected.

By May 1947, Mountbatten had formulated a scheme which was eventually made public on 3 June and formed the basis of the transfer of power.

The day after this plan was announced, Mountbatten decide the date of the British withdrawal was to be 15 august 1947, not June 1948, as was initially planned. This left hardly any time for planning a careful withdrawal. After two hundred years in the subcontinent, the British seemed in a hurry to leave. By the middle of June 1947, both the Muslim league and the congress party had officially accepted the plan, neither happy with conceding some of their held principles, but recognize something would now have to be conceded. Acceptance, however, was only part of the problem--these decisions had to be implemented in just 72 days.

There were then, three major unresolved problem of 3 June plan.