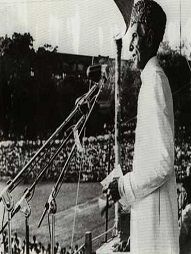 
14 Points of Quaid e Azam were proposed by Mr.  Muhammad Ali Jinnah as a constitutional reform plan to safeguard the political rights of Muslims in a self-governing India. The report was given in a meeting of the council of the All India Muslim League on March 28, 1929. The seven out of fourteen points of Quaid-e-Azam was directly in support of constitutional reforms and indirectly were supportive of the Muslims’ interest, while five points were unswervingly insisting for the Muslim rights. The keen observers and seasoned analysts of that era drew an impartial comparison between Mr. Jinnah’s fourteen points and Nehru’s report of 1928 and considered them as a political gap between the Muslims and the Hindus in India. Jinnah’s aim was to get more rights for Muslims. While giving his 14 points Jinnah stated that it was the “parting of ways” and that he did not want and would not have anything to do with the Indian National Congress in the future. These points became the demands of the Muslims and greatly influenced the Muslims thinking for the next two decades till the establishment of Pakistan in 1947. 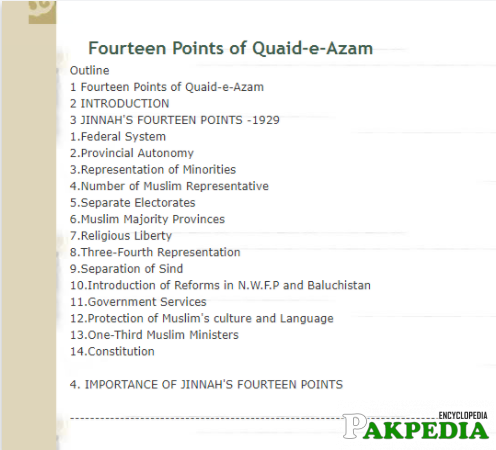 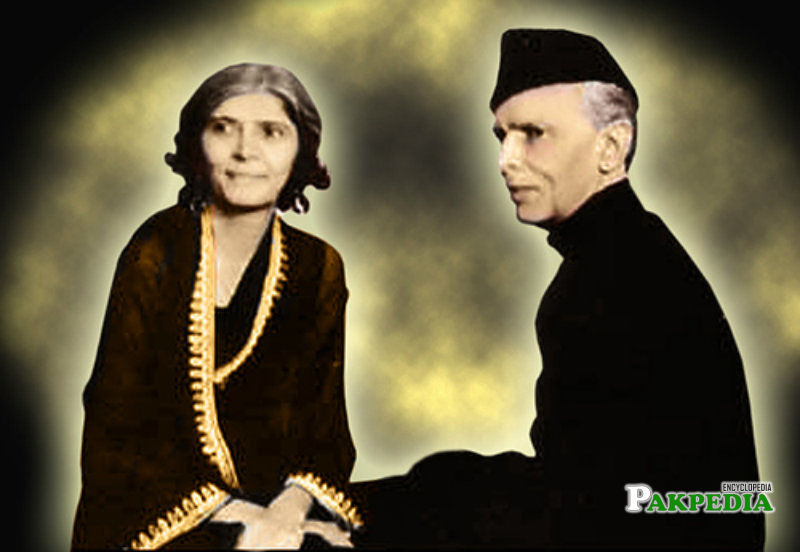 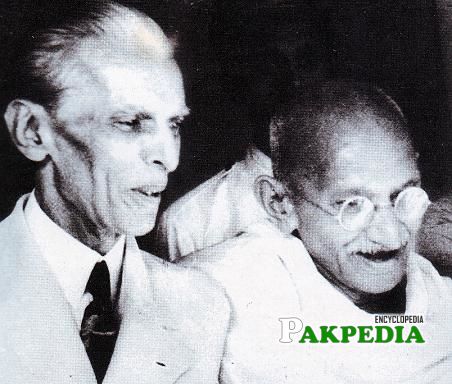 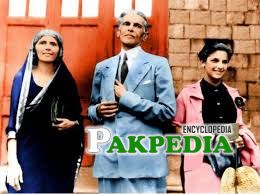 With sister and only daughter, Dina 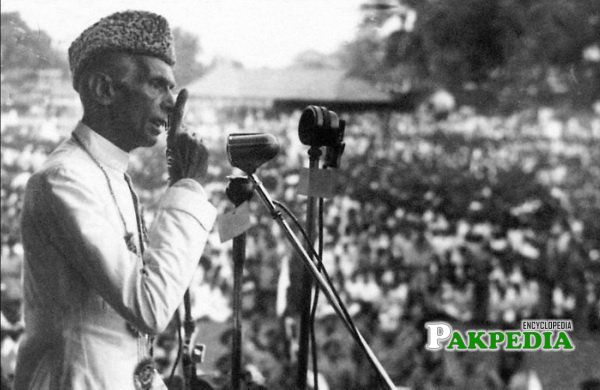 In 1928, All Parties Conference was convened to solve the constitutional problems of India. A committee was set up under Pandit Lal Nehru. That committee prepared a report which is known as "Nehru Report". This report demanded "Dominion Status" for India.Separate electorates were refused and the reservation of seats for the Muslims of Bengal and Punjab was rejected.In this report,not a single demand of the Muslims was upheld. Since Nehru Report was the last word from Hindus, therefore, Mr.Jinnah was authorized to draft in the concise term the basis of any future constitution that was to be devised for India.Originally these demands were Fourteen in number and so they popularly came to be known as "Jinnah's Fourteen Points". In March 1929, at the annual session of All India Muslim League, he declared his famous fourteen points.[1] Introduction

The form of the future constitution should be federal with the residuary powers rested in the provinces.

A uniform measure of autonomy shall be granted to all provinces.

All legislative in the country and other elected bodies shall be constituted on the definite principles of adequate and effective representation of minorities in every province without reducing the majority in any province to a minority or even equality.

In the central legislative, Muslims representative shall be not less than one-third.

Any territorial re-distribution that might at any time be necessary shall not in any way, affect the Muslim majority in Punjab, Bengal, and N.W.F.P.

Full religious Liberty, liberty of belief, worship and observance, association and education shall be guaranteed to all the communication.

No bill or resolution shall be passed in any legislative or any other elected body if three-fourths of the members of any community in that particular body oppose such a bill.

Sindh should be separated from the Bombay Presidency. Reforms should be introduced in the North-West Frontier Province and Balochistan on the same footing as in other provinces.

Muslims should be given adequate share along with other Indians in the services of State.

No cabinet, either central or provincial be formed without being a proportion of at least one-third Muslim Ministers.

No change shall be made in the constitution of the state except with the concurrence of State constituting the Indian Federation.

14 Points of Quaid e Azam advocated by Jinnah received a lukewarm reception from the Muslim community and were only elevated in status when Jinnah's star began to rise again in the late 1930s. Consequently, his position as a representative of the Muslim community remained uncertain to the end of the 1920s. Only a few close friends and Legislative Assembly colleagues welcomed his scheme, with the majority of these Muslim politicians also having limited support in the community. Among the Hindus, the Fourteen Points were scorned, with Jawaharlal Nehru referring to them as "Jinnah's ridiculous 14 points". In 1929 Jawaharlal was president of the Congress and his ongoing hostility towards Jinnah was reflective of the attitude of younger Congressmen. [3] Reactions to the 14-points of Jinnah